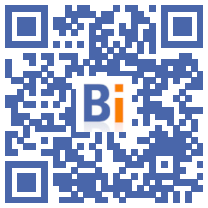 The French developer Vinci Immobilier promised Thursday to go to zero net artificialization in 2030, by compensating from this date all of its operations.

Soil artificialization, linked to urban expansion and the construction of new habitats on the outskirts of cities, is today one of the primary causes of climate change and the erosion of biodiversity.

“We have decided to be the first national promoter who does zero net artificialisation, and this from 2030, while the Climate and Resilience Law asks us to do so in 2050.

"So we made the decision to take 20 years in advance", announced in an interview with AFP Olivier de la Roussière, chairman of the executive committee of Vinci Immobilier.

"We make the decision, each time, in 8 years, all over France, that the square meter, when we take it on a meadow, a field, what you want, we will deartificialize it in France and in the city. (…) And we will renature the equivalent in square meters”, he adds.

The group, a subsidiary of the construction giant Vinci, does not want to set a limit for gross artificialization, but prefers to compensate for the surfaces taken from natural spaces, by revegetating the equivalent in the city.

The Climate and Resilience Law, passed in 2021, places other restrictions on the artificialization of soils, which, according to the Court of Auditors, nibbles the equivalent of one department every ten years in natural spaces and has significant consequences on environment and landscapes.

Vinci Immobilier estimates the net land take it causes each year at eight hectares at present.

The group promises to devote, before 2030, more than 50% of its turnover to urban recycling, i.e. the rehabilitation of disused spaces, such as industrial or commercial wastelands.

He cites as examples the former Stade du Ray in Nice, demolished and transformed into an eco-district, or the ongoing construction of part of the future Athletes' Village in Saint-Denis on the site of a former power station. .

Vinci Immobilier has also refused, since the beginning of 2022, projects that artificialize more space than the living space created.

QUESTION: What commitments do you make in terms of the environment?

ANSWER: "There is something that is talked about a lot which is CO2 neutrality, which should take place - this is what is demanded today - in 2050. But it is something that is launched, whose people have taken over, and which concerns a lot of people other than us: industrialists, people who make concrete and a fairly strong diversity of people, in particular people who use housing, offices... It's something We have decided to tackle something different: we have decided to be the first national promoter to achieve zero net artificialisation, and this from 2030, while the Climate and Resilience Law, she asks us to do it in 2050. So we took the decision to take twenty years in advance (...) Zero net artificialisation means that as soon as we artificialise a square meter on a piece of land nature - a meadow, a field, a wood - we have to find a square meter that we are going to deartificialize. t important in zero net artificialization is the net. (...) We are going to disartificialize it in France and in the city. We're not going to do it on the other side of the world. And we're going to renature the equivalent in square meters. And to do this, (...) the decision we made is that more than 50% of our turnover will be made, before 2030, on urban recycling.

Q: Do you also set yourself a gross artificialization objective or do you play everything on compensation?

A: "First, we try to be economical with artificialization. For example, today, we are going to give up carrying out operations that artificialize too much so as not to make enough square meters. That means that we will give up making very large housing estates of individual houses because they artificialize more surface than they make square meters SDP (floor surface, i.e. the living space, Ed.) This is also the problem of sprawl urban, and that's why we have this objective of zero net artificialisation. But on the other hand, we can't tell you +yes, we're going to set ourselves a maximum of gross urbanized surface+, because above all we don't want not to say that we are going to give up building, it is not that at all! We will continue to build, in natural environments, but we will return this nature to the cities."

Q: Why this new orientation, beyond environmental concerns? What economic efforts does it imply for you?

A: "We developers are destroying natural environments: we are part of the problem, and now we have to be part of the solution! We are preserving biodiversity, we are emitting less CO2, which is the highest priority. important, we keep the water functions of the land, that is to say we prevent flooding which we know are climatic phenomena that will increase. Now, we don't want to do fewer operations, We want to do them better. We're not here to lose money, we're here to make money, that's not a dirty word. And so we'll do operations that we believe meet our criteria. it may take some effort to start."