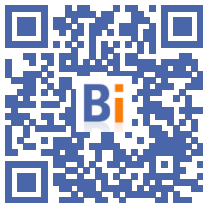 The Paris Commercial Court confirmed on Friday the approval procedure for the sale by Saint-Gobain of Lapeyre to the German Mutares fund and thus dismissed the request of the elected staff of the manufacturer of interior fittings.

"There was no obligation for the Paris court to summon any representatives of the CSEs of the Lapeyre group's subsidiaries (...) and the court did not commit any excess of power by deciding not to summon the plaintiffs to the hearing approval ", indicates in its judgment the court which concludes with" the inadmissibility "of the request of the representatives of the personnel.

"There will be an appeal before the Paris Court of Appeal," reacted Aline Chanu, the lawyer for the CSEs of four factories of the group as well as of the head office. Lapeyre SAS, the head holding company with no employees, the elected representatives of the subsidiaries had been kept out of the approval hearing and they felt that the sale should not be approved.

The distributor, founded in 1931, was sold on April 23 to Mutares, subject to approval of the sale by the commercial court.

"The object of the approval was to protect the interests of the company by ensuring in particular the respect of the commitments made under the terms of the conciliation protocol for the benefit of Lapeyre", reacted the advice of Lapeyre. "Today, Lapeyre wishes to move forward and focus on the constructive and lasting relaunch of the company in the interest of the activity and the jobs".

This optional procedure was granted at the request of Saint-Gobain on June 1. The unions believe that the former owner thus exempts himself from his responsibilities and will be covered by the State in the event of a future dispute related to the financial transaction.

The sale of Lapeyre, owned by Saint-Gobain since 1996, is criticized by some of the staff who fear the social breakdown to come.

The unions thus accuse the buyer of having the habit of siphoning off the treasuries of the companies he buys, on the basis of a financial audit which provides for up to 700 job cuts.

Lapeyre is made up of 126 stores supplied by ten manufacturing plants all located in France, and employs 3.400 people.

According to the intersyndicale (CGT, CFE-CGC, FO, CFTC), Mutares plans to close four production sites and 2023 stores from 19. Marc Ténart, the future boss of Lapeyre, has made a commitment to employees not to close any site "by the end of 2022".