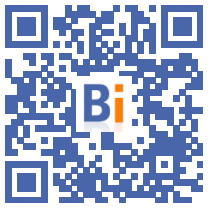 The Spanish government has unveiled a series of measures to regulate rents, as part of an agreement between the two parties of the ruling left-wing coalition paving the way for the draft budget.

Residential property prices rose sharply during the health crisis in Spain, due to an imbalance between demand and supply of housing. This situation had pushed the inhabitants of several cities to demonstrate in the spring to demand a regulation of rents.

The measures announced on Tuesday were ratified after tense negotiations between Prime Minister Pedro Sanchez's Socialist Party and his radical left ally Podemos. They must be officially adopted Thursday in the Council of Ministers.

They will allow "unprecedented progress" in access to housing for all residents, and in particular "most vulnerable" people, including "young people", assured Pedro Sanchez during an economic forum.

According to the Minister of Equality Irene Montero, member of Podemos, the text will in particular "oblige the large landlords to lower the price of rents" in the event of "abusive" level. This will make it possible to "fight against speculators", she judged on Twitter.

The government did not specify at this stage the nature of the mechanism it intended to implement to regulate these rents, nor the type of owners who will be concerned.

But according to the daily El Pais, this measure will result in a framework for rents for owners of more than 10 homes, based on the rental benchmarks, implemented in 2020.

In addition to this measure, a "law on housing" should ratify the construction of nearly 20.000 social housing - with the rehabilitation of "entire districts", according to the executive - for an amount of one billion euros.

It also provides subsidies for owners who agree to rehabilitate their homes, and aid of 250 euros per month for two years for young people with limited resources.

"For the most vulnerable families", this device could "be supplemented by more direct aid of up to 40%" of the rent, the government said in a statement.

The rent control has long been demanded by Podemos, which had conditioned its support for the 2022 draft budget on an agreement from its socialist partner on this key measure.

The minority government of Mr. Sanchez will now have to negotiate with several small parties including the Catalan separatists of ERC to ensure that its budget can be voted on in Parliament.