Slight increase in building permits at the start of 2021 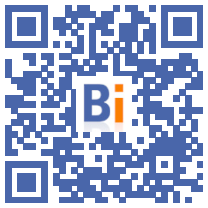 The number of building permits for housing in the first quarter is up slightly compared to the end of 2020 but it remains lower than the period before the first confinement, the government announced on Friday.

Between January and March, authorized housing "increased slightly by 1% compared to the last quarter of 2020," the Ministry of Ecological Transition said in a statement.

But this figure remains "3,1% lower than the average for the twelve months (March 2019 to February 2020) preceding the first confinement," he said.

In contrast, in the first quarter, housing starts are up 3,2% compared to the last three months of 2020, according to the same source.

Over one year, from April 2020 to March 2021, 384.300 housing units were authorized for construction, or 15,6% less than in the previous twelve months, specifies the ministry.

The collective housing category recorded the largest decrease in the issuance of building permits during this period with a decline of 24,5%.