Saudi homes are getting up to speed with architectural trends 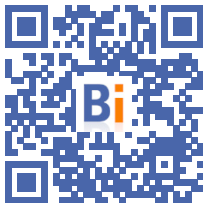 Haitham Al-Madini's house has long resembled all those in his neighborhood in Riyadh: a beige facade, almost windowless, isolating his family from the outside world, in the capital of a very conservative country.

But in 2020, in full confinement, this 52-year-old Saudi decided to give his home a facelift: a patio overlooking the street, gray travertine walls and flowers in the garden.

“We had two choices: build a new house or renovate the old one,” confides this human resources manager, showing his house.

“We have taken a step towards improving our way of life,” he rejoices.

This father has also brightened up his garden with a swimming pool, a hammock and almond trees imported from Thailand: a new place of relaxation for his wife and seven children.

“Now there is optimal use of space,” says Madini.

According to local architects and engineers, these new trends have become the archetype of ongoing renovation and construction projects in Riyadh, with Saudis seeking warm rather than imposing homes.

In a context of social reforms in recent years, Saudi Arabia has thus experienced an "architectural opening", notes Abdallah al-Jasser, owner of the design agency which took care of Mr. Madini's house.

"People are more open to change and trends," observes Mr. Jasser, adding that they are all the more incited to do so since buying land to build new houses has become very expensive in Riyadh.

Like the country, the architecture of the capital remains very austere with the only fantasy of tiny triangular windows typical of Najd, the central region of the kingdom.

The small size of these windows is explained by the need to isolate oneself from the sun, in a country where temperatures are around 40 degrees Celsius for most of the year.

But according to him, and other advocates of more modern architecture, these poorly lit and poorly ventilated living spaces have had "a great social impact" by contributing to "a culture of self-closure".

In 2018, the authorities made it mandatory for new buildings to have larger windows, partly in the name of public health, as the sun was considered essential for the proper functioning of the body.

More and more living rooms have "windows opening onto the outside", rejoices Mr. Luhidan: "everything is open and it's a new culture in Saudi Arabia".

Other developments also come with the relaxation of social standards promoted by the young Crown Prince Mohammed bin Salman, de facto leader who, for five years, has held his kingdom with an iron fist.

Previously, most houses had separate entrances and living rooms for men and women. While diversity is becoming commonplace in public places, the villas have only one reception room to optimize space, observes the architect M. Luhaidan.

And the new trends are not limited to residential areas, large shopping centers and other public spaces are also getting involved.

One of the main causes of the change: the end, since 2019, of the obligation of sexual segregation, which required restaurants to have strictly separated entrances and spaces between families and single men.

“Old designs responded to a culture of separation and segregation,” says Mohammed Abdelmoneim, professional design manager at a property development company. For him, the reform has caused a "radical change".

The Riyadh Front, an upmarket shopping and dining complex with fountains and a tree-lined promenade, brings together shoppers of all ages, men and women, especially after the sun goes down.

“These open spaces are very successful”, assures Mr. Abdelmoneim, because “people all communicate there with each other without any restriction”.