Saint-Gobain sales soar with the resumption of construction 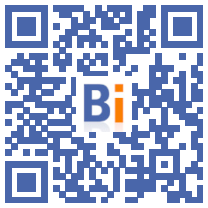 Result of the "dynamic of the renovation market in Europe", Saint-Gobain forecasts an operating result "historic" and a margin "record" in the first half, indicated the group of French materials Thursday, causing a sharp increase of its stock market price.

"Sales for the months of April and May continue to show very good trends, supported by the dynamics of the renovation market in Europe, especially in France, the growth of the construction markets in the Americas and in Asia-Pacific, as well as by the pursuit of the sequential improvement of industrial markets ", explains Saint Gobain in a press release.

The health situation "remains uncertain, however, in particular in Brazil - with a limited impact on our activities - and in India, penalized over the last two months" specifies the group.

However, the group did not change the target it published for the full year when it announced its first quarter results on April 29.

He then indicated that he was targeting for the year "a strong increase in operating income at a comparable structure and exchange rate", with an increase in the operating margin of "more than 100 basis points (1 point percentage, editor's note) compared to 7,7% in 2018 ”.

"Saint-Gobain is indeed doing very well, since we achieved record results in the second half of the year and the first half of 2 will be even better," said Saint-Gobain boss Pierre-André de Chalendar, a guest on BFM. Business.

"We worked on our costs, we made our transformation program which was ready a year earlier, we breathed new life into a very decentralized organization by country," said Mr. de Chalendar to explain the results of " the last twelve months at the end of June, the best in our history ".

Since the start of the year, the share price has soared by more than 50%, an increase three times greater than that of the CAC 40 which has risen by 17,28% since January.

In addition, the group's general assembly voted on Thursday in favor of the change in governance with the arrival from July 1 of Benoit Bazin, current Deputy CEO, as new CEO, while Pierre-André de Chalendar, current CEO, retains only the chairmanship of the board of directors.

During the meeting, Mr. Bazin notably reaffirmed Saint-Gobain's ambition to become "the central player in sustainable construction throughout the world".

In response to a question from a shareholder, Pierre-André de Chalendar underlined the positive impact of government stimulus plans on improving the group's results.

In France, "we started to see a small impact of Ma Prim'renov in the second half of March, in April and in May, and we will have a greater impact in the second semester" he said, specifying that he also expected a positive impact from the renovation and insulation measures for public buildings in 2 and 2022.