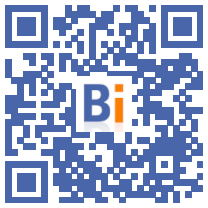 Paradoxically and positively for the climate of the invasion of Ukraine by Russia, global energy-related greenhouse gas emissions are expected to reach a "high point" as early as 2025, a potential acceleration of the transition energy due to an increase in investments in sustainable energies, estimated the International Energy Agency (IEA).

Eight days before the World Climate Conference COP27, the Agency nevertheless warns in its 2022 annual report published Thursday, against the "fractures" between rich and poor countries in terms of investment in low-carbon energies, calling for a "major international effort" to "reduce" this "worrying gap".

"The responses of governments around the world to this energy crisis" indicate a "historic turning point": "This crisis has indeed accelerated the transition to green energy", said Director General Fatih Birol during an online conference.

“Energy markets and public policies have changed since the Russian invasion of Ukraine, not just for now, but for decades to come,” he explains in the report.

While some countries are currently seeking to increase or diversify their supply of oil or gas - fossil fuels with high CO2 emissions - many are studying an acceleration of their structural changes towards clean energies, underlines the IEA, an offshoot of the OECD tasked with supporting many countries.

"We are approaching the end of the golden age of gas", which has lasted for a decade, noted Mr. Birol. "The demand (for gas), specifically in advanced economies, is falling" thanks to more efficient and renewable technologies, and the increase in developing countries "will not be as significant as before because of high prices".

Laurence Tubiana, former French climate ambassador and architect of the 2015 Paris agreement, reacted to AFP by saying that the report clearly showed that "investments in clean energy must triple by 2030, and that gas is a dead end".

The "rupture" of Europe with Russian gas arrived with a speed "that few people thought possible" even last year, estimates the IEA.

In none of the three scenarios studied by the Agency do Russian gas and oil export levels return to where they were in 2021.

Moscow "will lose almost a trillion dollars" in exports by 2030, said Mr. Birol.

For the first time, the agency's three scenarios identify a peak or plateau in consumption of each of the fossil fuels (coal, gas, oil) responsible for global warming.

In the central scenario, which is based on governments' already announced climate investment commitments, global energy-related CO2 emissions would peak at 37 billion tonnes in 2025, then drop to 32 billion in 2050.

And this, while environmental awareness is only the second motivation for investing in clean energy, behind the requirement of security of supply, notes Mr. Birol.

The Agency once again stresses the need for massive investment in clean energies, whether green or simply low-carbon such as nuclear, and for acceleration in certain areas such as electric batteries, photovoltaics, or hydrogen to decarbonize the industry.

In its central scenario, these investments must exceed $2.000 trillion by 2030, and they would have to rise to $4.000 trillion to meet the conditions of the scenario of net zero emissions in 2050.

"With an abundance of wind, sun and other renewable energies, Africa can lead the world on the path of transition and pave the way for energy sovereignty", reacted for his part Mohammed Adow, director of the group of climate reflection Power Shift Africa.