Record rise in apprenticeship in 2020 with nearly 500.000 contracts signed 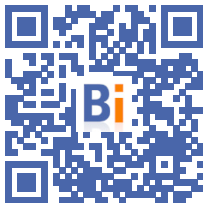 Some 495.000 apprenticeship contracts were signed in 2020, a record increase of nearly 40% compared to 2019, driven by the bonus decided this summer, we learned from the Ministry of Labor.

"The year 2020 is the best start in history for apprenticeship, despite the crisis. This represents more than 140.000 additional contracts compared to 2019," said the same source.

The ministry recognizes that part of this increase can be explained by a transfer within the alternation between professionalization contracts (which is continuous training and is aimed at a more diverse public) and apprenticeship (which is initial training with courses in CFA).

This increase is in part the consequence of the 2018 reform which liberalized apprenticeship both on entry conditions and on the training offer.

But it is mainly due to the bonus set up to encourage companies, especially SMEs, to recruit despite the crisis. This is aid of 5.000 euros for a minor, 8.000 for an adult, which makes the cost of the first year almost zero.

By level of education, growth is once again driven by higher education. The Bac and infra Bac, where the effect of learning on integration into employment is strongest, has been maintained.

"We must remain vigilant because our companies need skills on the levels BEP, CAP, Bac pro. We must be attentive to develop apprenticeship in all trades where it is the only way of entry", we recognize in ministry.

By sector, the dynamic observed this year can be explained in particular by an increased use of apprenticeships in the services and trade sectors, with the exception of hotels and restaurants. Figures are stable in construction and industry despite the crisis.