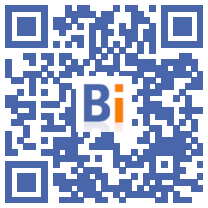 The City of Paris will acquire a building in the Marais for 6,7 million euros in order to save a historic gay nightclub, the Tango, and to convert the 8 apartments located above into social housing.

"Making social housing in the Marais has a cost," admitted to AFP Ian Brossat, PCF deputy for housing, who asserted the City's right of first refusal in order to acquire 11-13 rue au Maire.

The Paris Center borough council validated the buyout project on Monday, which was officially approved at the end of September and which must still receive the green light from the Paris Council, from November 16 to 19, to be effective. In June, the Parisian elected officials had voted almost unanimously on the principle of a redemption.

"The file has a very symbolic value, not only because this deliberation allows us to provide social housing in a district which is sorely lacking, but also by the presence of the Tango", underlines Ian Brossat.

In 2019, the former 8rd arrondissement in which the building is located had 21% of social housing, against XNUMX% for the whole of the capital.

The 4-storey building - 343 m2 of living space - will be let by the City to Elogie-Siemp, one of its social landlords, for 65 years and a capitalized rent of 3,1 million euros.

But the objective was first of all to save, in the commercial premises of 200 m2 located on the ground floor, one of the "oldest dance halls in Paris", the Tango, "which made all the ends of the dance dance. week LGBTQI + communities "since 1997, explained the mayor of Paris Center, Ariel Weil. A place with a convivial vocation since the end of the XNUMXth century, "from open-air café to cabaret, from ball musette to discotheque".

The work to bring the building up to standard - joinery, facade and roofing - will give the town hall a few months to "review the project," said Jean-Luc Romero-Michel, human rights assistant also involved in the project. "The idea is to keep an LGBT party place" which will benefit from a "moderate rent price", he added.