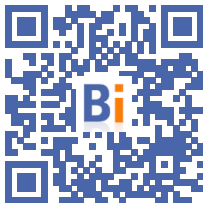 Stations, metro, Olympic infrastructures and motorway interchange are starting to emerge in Seine-Saint-Denis and will offer in the coming years a partial "catching up" as well as an urban metamorphosis to the poorest department of the metropolis.

"Seine-Saint-Denis will be under construction in the next ten years", recently slipped to the press Stéphane Troussel, the socialist president of the departmental council.

Structural work has already started with a beating pace on several sites.

In the area of ​​the immense Pleyel tower in Saint-Denis, itself being renovated to become a high-end hotel, dozens of cranes streak the sky.

A short distance away, excavators and trucks are busy in the anthill of the Saint-Denis-Pleyel station construction site, the future largest station of the Grand Paris Express. It should see about 250.000 travelers per day via four metro lines (operational between 2024 and 2030), and other connections.

At its feet appear the beginnings of the urban crossing, a 300-meter-long concrete stride over the 42 tracks of the railway bundle, designed to connect, by soft mobility, the station to a district near the Stade de France.

Not far from these transport-related projects, flagship projects of the Paris-2024 Olympic Games are taking shape.

Some 4.000 people are working on that of the athletes' village, straddling Saint-Ouen, Ile-Saint-Denis and Saint-Denis, not without causing nuisance denounced by residents. In Saint-Denis, the land for the future Olympic aquatic center, the only sports facility built for the Games, is in the decontamination phase.

Of the more than 1,5 billion euros of public investment necessary for the Olympics, "nearly 80%" are located in Seine-Saint-Denis, "because the Games were above all designed in terms of territorial heritage for the populations who needed it most, "Prime Minister Jean Castex underlined in September.

The Olympics must also result in other constructions such as swimming pools and the media village in Dugny, converted after the competition into 1.300 housing units, 20% of which are social housing. However, these projects are the subject of local challenges and even legal actions.

This work is "linked to a form of catching up in terms of housing construction" to meet the needs of the population, underlines Paul Lecroart, urban planner at the Paris Region Institute.

The metro will also "open up towns and allow residents to access jobs more easily," he adds, citing the example of line 16 which will pass through Sevran and Montfermeil.

"We consider that the Olympics will be an accelerator, on subjects on which we were not broken down but we would have taken a long time to intervene", estimates Emmanuel Constant, vice-president of the departmental council in charge of education and of the Olympic Games.

The department intends to "maximize the economic benefits" of the Games, in particular via a charter signed by all the players. Thus, 164 million euros of public contracts have already been awarded to SMEs in the department (a third of the overall objective), he indicated last month.

"Seine-Saint-Denis is benefiting from the major works currently under way, it can be seen in the turnover in construction and in employment", rebounds Mickaël Le Priol, economist at the Paris Chamber of Commerce and Industry. Ile-de-France.

Employment in the department is 0,7% (+ 4.000 jobs) above the pre-crisis level, notes this expert, for whom this rebound is also explained by other promising areas such as delivery.

Unemployment also remains high, at 10,9% in the second quarter of 2021 according to INSEE.

These large-scale projects should not mask the chronic ills of the department, noted in 2019 in a parliamentary report. "The inequalities of treatment of the State vis-à-vis the department persist, especially in terms of public service", nuance Mr. Constant.

Seine-Saint-Denis is not the only Ile-de-France region to be transformed, "the first ring of the Parisian agglomeration is really in an effervescence at the moment", also nuances Mr. Lecroart, warning against a gentrification effect due to this transformation.