Nexans revenue up 15,2% in the first quarter 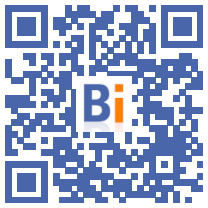 Cable manufacturer Nexans recorded a 15,2% increase in sales in the first quarter of 2021, boosted in particular by the explosion in copper prices on the raw materials markets, which reflects the recovery in construction and construction. electrification in the global economy.

From January to March, Nexans sales reached 1,756 billion euros, against 1,614 billion euros in the first quarter of 1, according to a press release released on Thursday. On a comparable basis, excluding the effect of variations in metal prices, the increase was 2020%, to 1,4 billion euros.

The price of copper, which is close to 10.000 dollars per tonne on world markets, at its highest for ten years, has "no impact on profitability" because the increase is fully passed on to customers, said the CEO of Nexans Christopher Guérin during a telephone presentation, stressing nevertheless the "risk" constituted by the "scarcity" of copper and aluminum for the completion of contracts.

Nexans, which announced in February a strategic shift, with a refocus on its activities related to electrification - even if it means abandoning sectors such as telecoms or industry in order to improve its profitability - welcomed the "dynamism of demand" in the 1st quarter.

Since the 4th quarter of 2020, all activities have been growing, except for the high voltage sector.

The construction and territory sector in particular is experiencing a "strong catch-up in orders" after the interruption of construction sites during the pandemic. The turnover increased by 3% to 615 M EUR compared to the 4th quarter of 2020. But decreased by 2% over one year, mainly due to the closure of a factory in Chester in the United States in June 2020.

In the first quarter, the group notably electrified 1 rural communities in Côte d'Ivoire. The turnover of the construction sector grew by 41% in Africa over one year.

The Industry and Solutions division grew 5,8% over one year to EUR 344 million at standard metal prices. The jump was + 10,9% compared to the last quarter of 2020, driven by a record quarter in the field of automotive harnesses for passenger compartments, thanks to the growth in market share in electric vehicles.

The group stressed that it had been chosen as the preferred supplier for the electrification of New York State by connecting the Empire Wind offshore wind farms to the onshore grid.