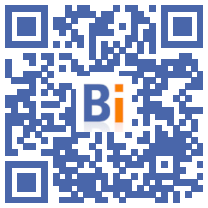 A successful bet for the 2022 edition of the Mondial du Bâtiment! With a strong increase in the number of visitors (+15% according to the figures at 13 p.m. on Thursday October 6) and the presence of 1.720 exhibitors, including +45% new exhibitors, the 2022 edition of the Mondial du Bâtiment and the three BATIMAT exhibitions , INTERCLIMA and IDÉOBAIN established themselves for 4 days in Paris, as the place of convergence for all building sectors to address all the subjects related to the transformation of the sector and in particular the decarbonization of the act of building.

Organized at Paris Expo Porte de Versailles, the new Mondial du Bâtiment recorded a significant increase in the number of visitors (+15%), marked by an increase in French visitors (+25%) from different regions. 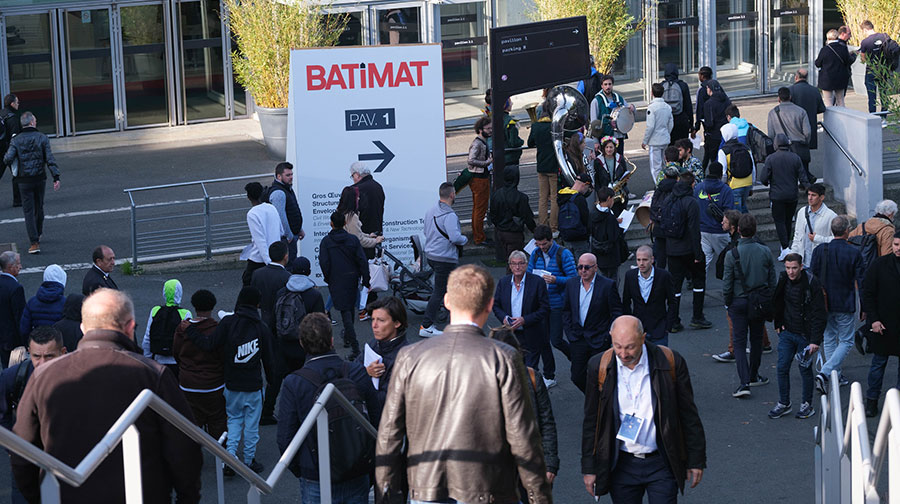 The organizers are delighted with the positive business climate that prevailed during the 4 days of the event, thanks to the presence of numerous decision-makers and particularly qualified visitors. Welcomed by 1720 exhibitors, all building and construction trades were thus strongly represented: Prescribers (20%), Installers (36%), Distributors (17%), Manufacturers (14%), Organizations (13%).

It is generally agreed that all the participants found what they liked about the old Parisian editions of BATIMAT, INTERCLIMA and IDÉOBAIN: great conviviality and an atmosphere described by all as warm, reinforced by the possibility of enjoying evenings organized at Paris.

If the building is the first sector concerned to achieve the objectives set by the National Low Carbon Strategy, the Mondial du Bâtiment 2022 was certainly its place of expression for the construction sector.

The only event of international scope dedicated to the sector, the Mondial du Bâtiment has established itself as the essential gathering of decision-makers and key players in the decarbonization of the sector. 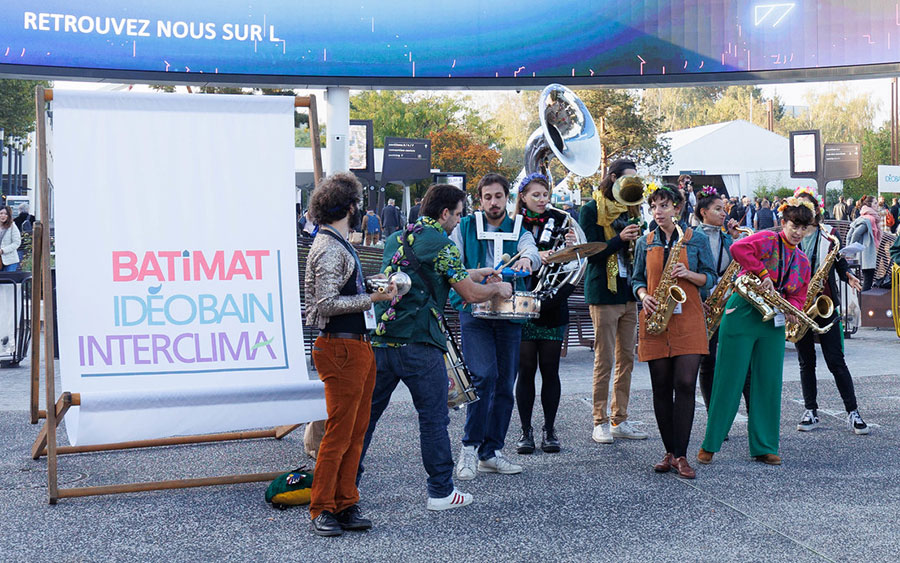 Thanks to numerous highlights and multiple large-scale meetings, the subject of decarbonization was thus placed at the heart of the debates:

France's energy transition was so central to this week's debates that on the last day of the Mondial du Bâtiment, Prime Minister Elisabeth Borne came to the Porte de Versailles Exhibition Center to present the sobriety plan of the State in the presence of Agnès Pannier-Runacher, Minister for Energy Transition.

A unique observatory of the future of the sector

For the first time brought together in Paris, the BATIMAT, INTERCLIMA and IDÉOBAIN shows mobilized 1720 exhibitors and recorded the return of more than 140 leaders and 45% of new exhibitors.

Innovation, present everywhere in the Mondial du Bâtiment and supported by a remarkable vintage of the Innovation Awards, will once again have been one of the main markers of publishing, illustrating the dynamism of the sector. 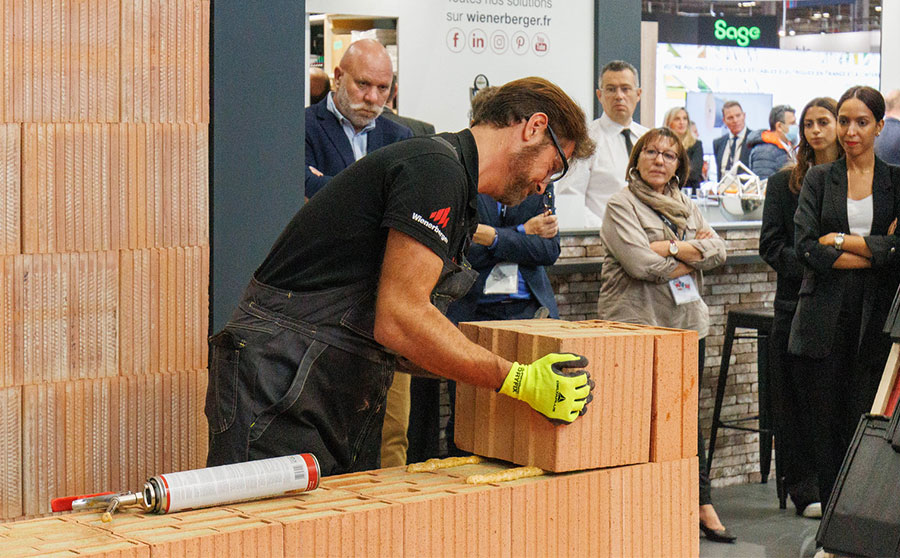 At the same time, the new conference formats have been acclaimed. On an unprecedented scale, with the presence of more than 90 societal experts such as Cynthia Fleury, Jean-Marc Jancovici, Bernard Amsellem, Navi Radjou, Yamina Saheb…, the Batitalks recorded a high participation rate. This program of analyzes and decryptions was enriched by a wide variety of conferences and meetings organized by the show's partners. The entire system brought together a total of more than 1 speakers with 000 conferences.

Professional organizations such as the French Building Federation and Capeb have also mobilized and expressed their satisfaction with the success of this edition, which has enabled them to deliver their messages on all subjects related to the economic challenges of the sector and the evolution of professions.

Young people in the spotlight

The recruitment of young people and training were two essential subjects that the Mondial du Bâtiment intended to highlight. It is clear that the objective has been achieved.

A delegation of nearly 400 apprentices from Ile-de-France CFAs and nearly 600 young people in training from the Lycée Raspail came to the show to discover the innovations. They were able to have a time of exchange with the Minister Olivia Grégoire, sharing with them the dynamism of the sector and the building trades. 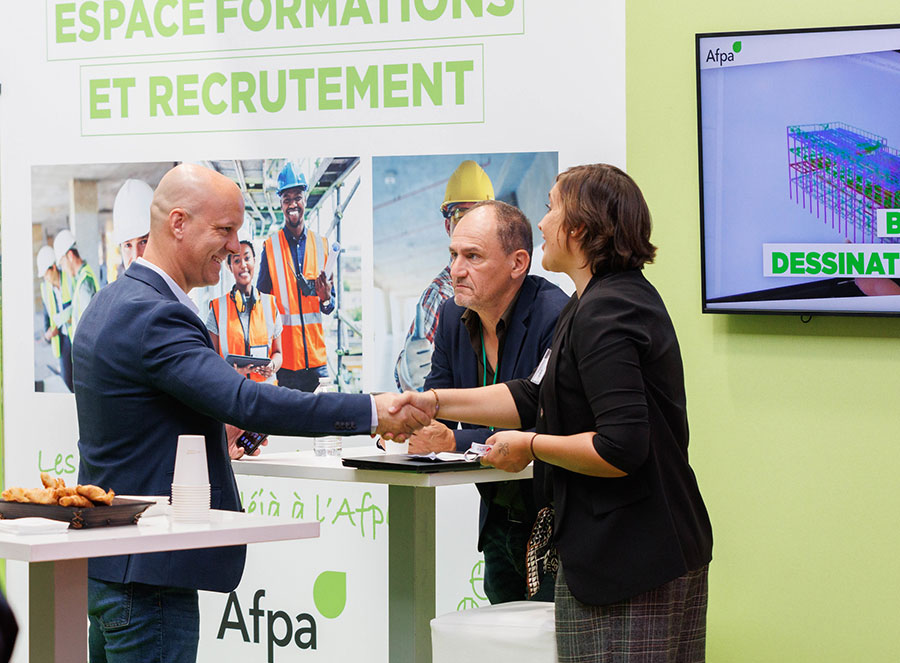 INTERCLIMA's new Job Connect space has made it possible to raise awareness of the climate engineering professions during daily meetings. On the IDÉOBAIN side, job dating sessions between trainers, installers and designer-salespeople were held. At BATIMAT, several events took place, including the final of the Best Craftsman of France competition.

Le Mondial du Bâtiment could not highlight the subject of decarbonization without taking ownership of the subject itself and setting an example. This new edition is therefore placed under the sign of greater sobriety and better control of expenses. A large number of exhibitors have thus chosen an eco-designed stand for their stand in line with the strategy of the Mondial. 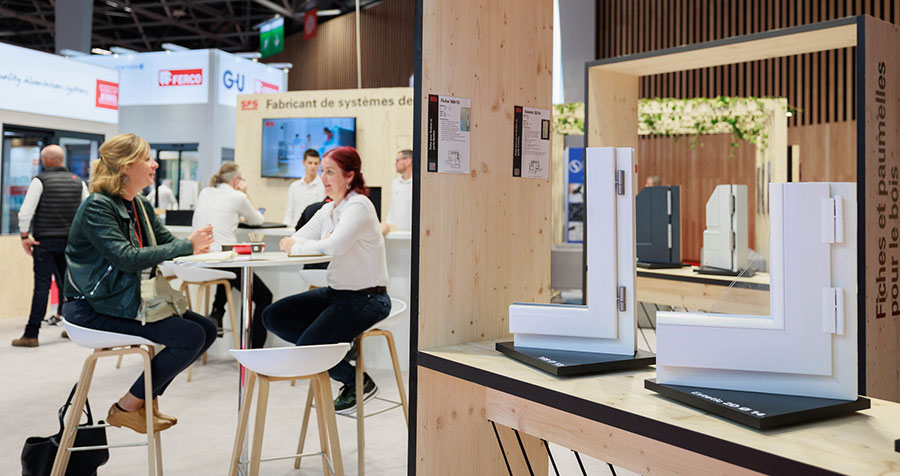 For their part, the organizers of the show have undertaken to carry out a provisional carbon footprint by sifting through all of the activity according to the scientific method of ADEME: transport, energy, food, hotel... thanks to the expertise of the firm ECOACT, which specializes in this type of approach.

Two next appointments to note

The organizers are already working on the evolution of the next Mondial du Bâtiment taking into account the trends that will emerge quickly and will deeply affect the sector. The appointment is therefore made, from September 30 to October 3, 2024, at Paris Expo Porte de Versailles. 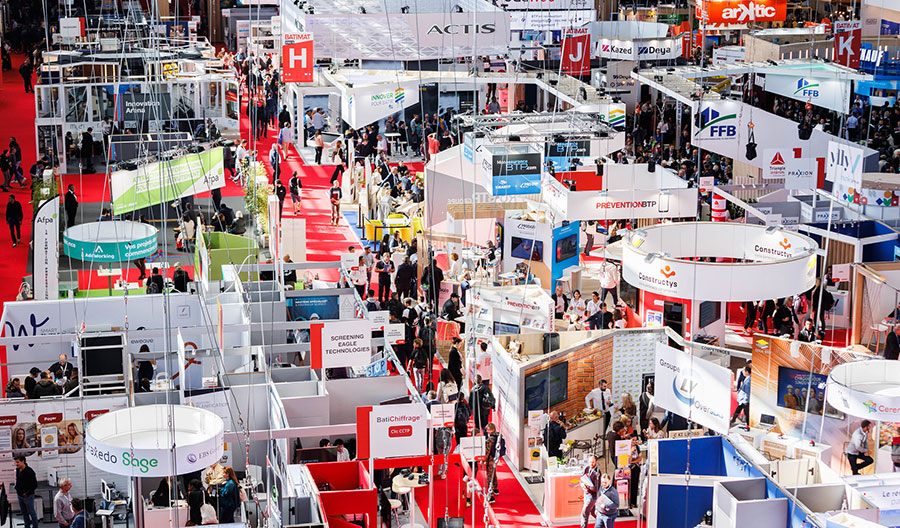 However, the theme of energy renovation having been one of the main topics discussed during the Mondial du Bâtiment, RX announces the launch of RenoDays, a new meeting dedicated to the subject and organized in 2023, on October 3 and 4, still in Paris. .

Guillaume Loizeaud, director of the Mondial du Bâtiment is delighted with this success: “The proposal we made to exhibitors and visitors alike undeniably won them over. The return to the Porte de Versailles is obviously an important asset. The success of the show is also due to its perfect match with a more general state of mind which tends towards more sobriety and homogeneity. Beyond that, we have above all carried out, with our partners, real substantive work which has made it possible to give the sector leadership on the theme of building decarbonization. Launched 2 years ago, the bet is therefore successful. On behalf of the sector, I am also proud to note that the Mondial du Bâtiment is, in the post-Covid period, the only European event to have recorded such a success with a double-digit increase in the number of visitors. »