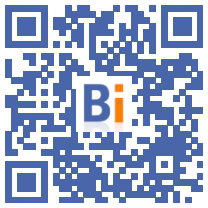 Mexican billionaire Carlos Slim will finance the reconstruction of a section of the Mexico City metro that collapsed on May 3, President Andres Manuel Lopez Obrador announced.

This accident, which killed 26 people, had occurred on part of the metro built by one of the companies headed by Carlos Slim.

Slim "came yesterday (Tuesday) to tell me that he will take care of the reconstruction of the entire section, ensuring compliance with safety standards and without asking for any contribution", declared the president during his daily press conference morning.

After his meeting with Lopez Obrador (AMLO), the Mexican businessman had announced that his company Grupo Carso would participate "as soon as possible" in the reconstruction of the damaged section of line 12, the decommissioning of which mainly affects inhabitants of a poor district of the capital.

Carlos Slim has pledged to complete the reconstruction within 12 months and to finance all of the work, the president said.

The reconstruction will be carried out "independently" of the ongoing investigations into the accident, AMLO said.

Mr Slim ruled out on Tuesday that the raised section which collapsed had original defects and said he was "convinced" that the structure did not suffer from any construction defect.

Carso built the section of line 12 which broke in two on the night of May 3 and also left 80 injured.

The Mexican company ICA and the French company Alstom also participated in the project.

A preliminary report by the Norwegian company DNV, commissioned by the government of Mexico and released on June 16, determined that the accident "was caused by structural failure".

DNV said the problem was related to "conditions" such as "deficiencies in the construction process" and the welding of the bolts.

Slim, a Mexican of Lebanese descent, is the 14th richest man in the world, according to Forbes magazine, with an estimated fortune of $ 70,2 billion.