Martin Bouygues takes another step towards preparing for his succession 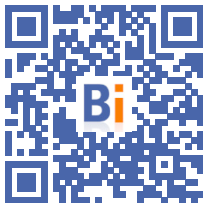 Martin Bouygues, 68 years old and CEO of the eponymous group for 31 years, announced Thursday that he was handing over as managing director, while remaining president, a new step in the preparation of his succession which began several years ago.

The group announced this change in governance, effective since Wednesday, on the occasion of the publication of its annual results, marked by the 40% drop in net profit under the impact of the coronavirus crisis.

"I remain available to serve the group but the boss of Bouygues now is Olivier Roussat," said Bouygues during a press conference call.

"This is a special moment in my life for me, full of emotion," he explained, adding that the CAC 40 giant had "only known two CEOs" in 70 years, himself and his father Francis Bouygues.

"Everyone knows that each year I take a year, I will now reach 69 years in a few months, and therefore it seemed useful to me to prepare the group for the future evolutions", he continued.

Mr. Bouygues had started to gently prepare for his succession with the appointment in August 2016 of two deputy CEOs, including Mr. Roussat. He then indicated that he wanted to "step back" in favor of a "younger team".

A few months earlier he had brought on the group's board of directors two thirty-something from the third generation, his eldest son Edward and his nephew Cyril. He did not hide actively preparing a succession which is "absolutely not a taboo".

Thursday, Mr. Bouygues, who will turn 69 on May 3, said that the group's statutes had been amended so that "the mandate of non-executive chairman can be exercised up to 85 years".

"I reassure you, I have no intention of going that far, but it is a precautionary measure," he said.

To assist Olivier Roussat, two new Deputy CEOs have been appointed: Edward Bouygues, who was Director of Strategy at Bouygues Telecom, and Pascal Grangé, who was Deputy CEO and CFO.

Edward Bouygues is also appointed chairman of Bouygues Europe and will devote part of his time to Bouygues Telecom, according to the group.

Mr. Grangé, for his part, retains his position as Group CFO.

"The arrival of a new generation of managers recognized for their professionalism, trained in the group and who have a perfect mastery of its culture, is in line with the tradition of Bouygues which, since its creation, has always known how to choose its managers in its breast to ensure its development, "added Martin Bouygues.

In terms of financial results, the group, whose activities range from construction sites to telecoms through television with TF1, announced a drop in net profit to 696 million euros against 1,184 billion in 2019 in the context of the crisis health with, however, a better than expected second semester and objectives "achieved or exceeded".

"The business models" of the group's activities, "which are positioned on essential needs (accommodation, travel, communication, information, entertainment), are not called into question", commented Mr. Bouygues. .

In its construction activity, Bouygues specifies that its order book "remained at a record level of 33,1 billion euros at the end of December 2020", up 1% over one year.

TF1's turnover stood at 2,1 billion euros, down 11% compared to 2019, "impacted by the sharp drop in advertising revenue mainly in the second quarter", according to the group.

Concerning Bouygues Telecom, the commercial dynamic "remained strong in the mobile as in the fixed".

Alstom's contribution - of which Bouygues holds 8% - to the group's benefit amounts to € 169 million.