Marseille presents an unprecedented renovation plan for its schools 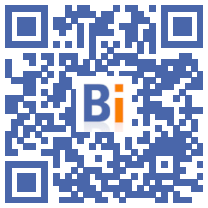 Marseille schools will be the subject of an "unprecedented" renovation project, according to Socialist Mayor Benoît Payan, who on Monday unveiled a plan worth 1,2 billion euros to repair "a deep wound" and build "more open and greener" schools.

"This is the largest project that the city of Marseille has initiated since the 1960s", insisted the mayor during a press conference in the presence of most of his deputies, for this highly anticipated dossier, campaign promise of the new left majority.

Some 814 million euros will be allocated in particular to the 174 schools (out of 472) the most dilapidated for heavy renovations or reconstructions.

"The map of educational inequalities merges with the map of social inequalities," noted the mayor, according to whom the former right-wing municipality, led for 25 years by Jean-Claude Gaudin, spent on average 113 euros per child and per year in the more affluent southern districts of the city, against 94 euros in the poorer northern districts, where two-thirds of the schools to be renovated are concentrated.

The town hall will carry out this plan "within the framework of a public / public partnership with the State", via a dedicated company which the mayor will chair. According to the municipality, this site will create "thousands of jobs" and will bring nearly 2,27 billion euros in economic benefits for the territory.

For the time being, the amount of the State's participation is not known, admitted Mr. Payan, assuring that discussions with the Elysee were underway.

The President of the Republic, who had announced without quantifying aid for schools in Marseille in early September, is expected again at the end of the week.

Priority will be given to renovating schools that do not meet health and safety standards, detailed the mayor, adding that 16 projects will start in 2022.

All the renovations will also be part of the "ecological transition", the town hall aiming for an energy saving of 40% at the end of the works, and the rehabilitations will be privileged.

Beyond "catching up", the town hall of Marseille hopes with this plan "to get ahead" by being the first community to invest in a predictive management tool for the maintenance of its schools.