Marseille in turn tackles the regulation of furnished tourist accommodation 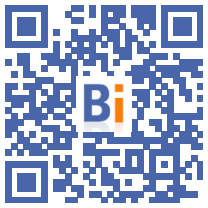 After Paris or Lyon and before a busy summer season, the city of Marseille has decided to strengthen its regulations for furnished tourist accommodation to limit the multiplication of second homes by a single owner.

This deliberation will be submitted to the City Council on Friday and then to the Metropolitan Council. Until now, in Marseille, each owner had the right to rent five second homes in addition to his main residence.

From the first second home, the owner will now have to make a "change of use" request. And from the second second home, his request will be subject to a compensation mechanism (compensating for family accommodation in the same sector and on the same surface), so that tourist accommodation stops cutting back on family housing.

The authorization period will also be reduced to four years, and the latter will not be automatically renewed after four years, warns Patrick Amico, the deputy mayor in charge of housing.

Private renters who currently have more than one furnished tourist accommodation will be subject to this regulation upon expiry of their authorization, which until now ran for six years.

"The tourist attraction of Marseille should not be blocked but be made consistent and in a certain harmony with the functioning of the city," he said Monday during a press briefing.

"All the big cities are confronted" with this phenomenon and Marseille, for a long time too "permissive" on the subject, "is probably the last city" not to have taken measures, for the deputy mayor.

In Marseille, where tourist traffic jumped last summer after the first confinement, thousands of homes - 9.000 according to Mr. Amico - are offered on rental platforms such as Airbnb, Booking.com, Tripadvisor or Abritel / Homeaway.

They pose the usual problems: neighborhood nuisances in neighborhoods like Endoume, soaring prices with, for example, a studio that sold for 12.000 euros per m2 in one of the ports of the Corniche recently or housing "questionable in terms of security. "which are rented as tourist accommodation," lists Patrick Amico.