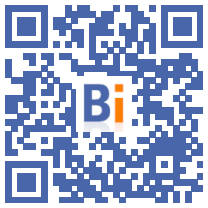 MEPs voted on Monday in favor of a single statute for some three million self-employed workers, providing in particular for the protection of their personal assets in the event of a hard blow.

These provisions appear in the bill "in favor of independent professional activity", widely adopted in the evening at first reading at the Palais Bourbon by 72 votes in favor, one against and 8 abstentions. The Senate considered it last October.

The text, submitted to an accelerated procedure, must now be the subject of a mixed joint committee (CMP) with the Senate intended to find a compromise on the points of divergence between the versions of the two chambers, the last word going to the 'National Assembly.

The government is aiming for final adoption before the end of the legislature, for implementation this year.

The reform constitutes "the cornerstone" of the plan in favor of self-employed workers announced by Emmanuel Macron on September 16, underlined the Minister in charge of SMEs, Jean-Baptiste Lemoyne.

The project aims to bring "a fairer and more protective environment to the three million self-employed in our country", whose activity by nature faces significant risks, currently reinforced by the uncertainties associated with the health crisis, underlined LREM rapporteur Marie-Christine Verdier-Jouclas.

Individual entrepreneurs would thus be holders of two assets, one professional, the other personal which would be elusive in the event of default, whereas today only the main residence is protected.

The reform, which derogates from the legal principle of the uniqueness of heritage, aims to meet a long-standing demand from these workers - artisans, traders, liberal professionals ...-.

Senate modifications aimed at clarifying the legal demarcation of the two heritages and reducing the exemptions were rejected in committee.

This point was debated again on Monday, with right and left expressing concerns in particular about the possibility for creditors, in particular banks, to circumvent the protection offered by the new statute.

Amendments by Jean-Paul Mattei (MoDem) were, however, adopted in session to provide more guarantees on this subject, in particular by further framing a possible waiver of the protection of personal assets.

The project also provides for extended conditions of access to the allowance for self-employed workers (ATI) in order to open unemployment insurance to them. It also facilitates the transfer of the business and simplifies the financing of vocational training.

Both Mr. Lemoyne and the project rapporteurs stressed that he did not "call into question the specificities" from which farmers benefit, faced with many concerns expressed on this point by the oppositions in the hemicycle.