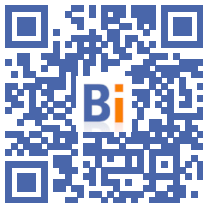 The National Assembly examines at the beginning of the week a bill supporting the self-employed through a single statute, the protection of their personal assets or better access to unemployment insurance.

The text, already adopted at first reading by the Senate on October 26, is entered on Monday and Tuesday in plenary session at the Palais Bourbon.

Initially defended by Alain Griset, the minister responsible for SMEs who resigned after a conviction for having failed to declare part of his assets, the case is now managed by his successor Jean-Baptiste Lemoyne.

The text constitutes "the cornerstone" of the plan in favor of the three million independent workers announced by President Emmanuel Macron on September 16, underlined Mr. Lemoyne during the work in committee.

This dynamic sector - 840.000 business creations in 2020, or 4% more than in 2019 - has a "pressing need for protection and support" in the face of the risks inherent in independent activity, weighed down by the health crisis, he stressed.

The bill provides first of all for the creation of a single statute for the individual entrepreneur, protector of personal heritage, a long-standing concern of the self-employed.

Individual entrepreneurs would thus be holders of two assets, one professional, the other personal which would be elusive in the event of default, whereas today only the main residence is protected in the event of difficulties.

Senate modifications aimed at clarifying the legal demarcation of the two heritages and reducing the exemptions were rejected in committee by the deputies in favor of a return to the initial drafting of the project.

This point, the object of concerns on the right and on the left, in particular on the possibility for creditors, in particular banks, to circumvent the protection offered by the new statute, should again be at the center of the debates.

To keep the presidential commitment to open unemployment insurance to the self-employed, the project provides for extended conditions for access to the allowance for self-employed workers (ATI).

The bill intends to further facilitate the transfer of businesses and simplify the financing of vocational training.

This bill "eagerly awaited" according to the co-rapporteur Marie-Christine Verdier-Jouclas (LREM), "breaks with the feeling of the self-employed that their profession was not taken into consideration".

In opposition, the UDI group let it be known that it "welcomed" this text. "By promoting the life of entrepreneurs, we promote growth," said Valérie Six.

Among the Socialists, Marie-Noëlle Battistel announced amendments aimed at "improving the protection of heritage, strengthening safety nets in the event of a hard blow and facilitating access to training".

The executive aims to implement all the measures this year.