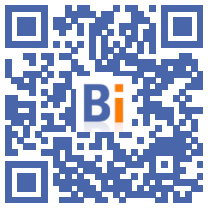 Accelerate the timetable for a carbon tax at the borders of the European Union and the extension of the CO2 market: MEPs are seeking to beef up Brussels' climate plan without penalizing individuals, against a backdrop of soaring hydrocarbon prices.

The Environment Committee of the European Parliament is preparing to adopt its positions on Monday and Tuesday on seven of the fourteen texts of the roadmap proposed in July 2021 by the European Commission ("Fit for 55") to reduce by 55% by 2030 by compared to 1990 EU greenhouse gas emissions.

Major axes: the controversial extension of the European carbon market (ETS) to road transport and residential heating, and the disappearance of free quotas granted to European industrialists, as imports of polluting sectors (steel, aluminium, cement) will be taxed , fertiliser, electricity) based on the price of CO2.

MEPs should this week endorse the compromise already reached between political groups. After approval in plenary at the beginning of June, this will constitute Parliament's position during negotiations with the States to finalize the texts.

"This reform of the carbon market is the flagship of climate regulation", observes Pascal Canfin (Renew, liberals), chairman of the Environment Committee.

Currently, the European carbon market, where since 2005 the "pollution permits" that certain sectors have to buy (industry, energy) have been exchanged, represents only 40% of the emissions of the Twenty-Seven.

MEPs approve the extension to transport and construction but want to confine it first to professionals (truck drivers, office buildings), from 2025, before evaluating in 2026 whether it is necessary to impose it too to individuals (cars, housing). If so, it would only be from 2029.

“It is a politically sensitive subject in a context of high energy prices” against a backdrop of war in Ukraine, and while “the vast majority of fuel consumption is constrained” for households, argues Pascal Canfin.

The Brussels project would force fuel and heating oil suppliers to buy emission quotas on a second carbon market, at the risk of passing on this additional cost to households: some of the States are already opposed to it, fearing popular protests despite the social fund proposed by the Commission.

Peter Liese (EPP, right), Parliament negotiator and in favor of the rapid inclusion of individuals in the carbon market, regrets a "painful compromise" but is pleased that his idea of ​​a "bonus-malus" has been retained.

“Companies that emit much less will receive additional (free) allowances, but bad students making no effort to decarbonize will pay a higher bill,” he explains, also welcoming the agreement to inflate the “fund for climate innovation" supporting investments.

"Companies that take the lead will be rewarded, the message is very clear", abounds Michael Bloss (Greens), referring to "a success for the climate, industry and citizens".

MEPs also agree to accelerate the inclusion of maritime transport from 2024 (the Commission proposed 2027), to make airlines pay from 2025 all the carbon emitted on domestic flights and international flights departing from the EU, and imposing emission quotas for the incineration of waste.

In addition, they should vote to implement the "carbon border adjustment" on imports from 2025, with full application in 2030, faster than the gradual increase proposed by the Commission (2026-2035).

To stay in the nails of the World Trade Organization (WTO), MEPs propose to completely eliminate from 2030 (against 2036 in the initial plan) the free quotas offered in the EU to the sectors concerned by the border tax. .. while quotas for other sectors would be conditional on decarbonization plans.

This accelerated schedule should be fiercely negotiated with the States, careful not to destabilize the competitiveness of European industry.

These parliamentary votes, scrutinized by environmental NGOs, come as Brussels will unveil on Wednesday the second part of its plan to eliminate the EU's dependence on Russian hydrocarbons by 2030, in particular by raising the target for the share of renewables in the European energy mix.

With this conjunction "we have the possibility of accelerating the Green Pact (of the EU) in a significant way", comments Mr. Canfin.