London to extend its road tax for polluting vehicles 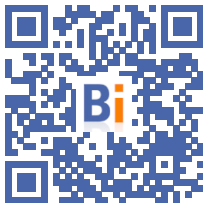 London announced Friday, November 25 to extend from next summer to the entire British capital its road tax for the most polluting vehicles and at the same time intends to encourage the use of electric cars.

Restricted to central London when it was introduced in 2019, the ULEZ zone (ultra low emission zone) had already been considerably enlarged in 2021. The Mayor of London Sadiq Khan announced on Friday that it would extend it from August 29, 2023 to all of Greater London, where nine million people live.

In the midst of a cost of living crisis, introducing a new tax was "one of the hardest decisions I've had to make", he commented, but air pollution is making Londoners sick" from the cradle to the grave".

Meanwhile, Sadiq Khan on Thursday announced plans to keep London at the forefront of the electric car "revolution" by adding 100 ultra-fast charging points across the city. They can fully recharge a battery in 20-30 minutes.

According to the municipality, the capital has more than 11.000 charging points, or one for every four electric vehicles registered in London. The city also plans to create 4.500 jobs related to the development of electricity.

Electric cars are not affected by the extension of the ULEZ zone.

This extension is "good news for the health of all Londoners. Air pollution affects children even before they are born and causes them health problems throughout their lives", reacted on Twitter the association "Mums for Lungs".

In addition to this tax, a "congestion charge", an urban toll of 15 pounds per day, applies in the ultra-center to all vehicles, in order to reduce traffic.