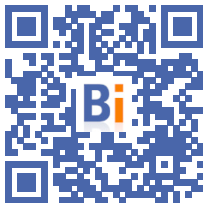 Real estate developer Kaufman & Broad has revised down its outlook for sales growth in 2022 to 2% against 5% forecast at the start of the year, but announced an increase in its net profit in the third quarter of 2022, Monday in a press release. .

Between June and August - the group's financial year is delayed by one month - Kaufman & Broad posted a net profit of 9,1 million euros, against 8,9 million euros a year earlier, and a turnover of 311,3 million, against 283 million over one year.

But over the first nine months of its 2022 financial year, from December 2021 to August 2022, the group achieved a turnover of 885 million euros against 889 million over the same period last year.

The real estate developer was counting in January on a growth of 5% of its turnover in 2022, subject to a “stabilization of the economic and health situation”.

The market is however "still characterized by the slowness of obtaining building permits, while a tightening of the conditions for granting loans is observed for individuals", indicated CEO Nordine Hachemi, quoted Monday in the press release from group result.

"At the end of August, net housing reservations in value increased by 5,5% despite a drop in volume of 5,5% and the commercial supply increased by 11,6%", he added.

Regarding its vast Austerlitz station office project in Paris, the group indicates that "the contract could be put into effect at the end of 2022 or in the first half of 1", "depending on the decision of the Council of State, which should take place in 'by the end of October'.

Over the whole of the 2022 financial year, “the turnover should increase by around 2%. The rate of current operating profit (COP) or Ebit should be higher than 7% and the net profit group share expected to grow by around 10%,” the statement said.

"If the contract for the redevelopment of the Gare d'Austerlitz were to come into force before the end of the current financial year, the revenue recognized as progress related to the acquisition of the land would amount to approximately 300 million euros", and the operating result "should then be greater than 8%", assures the group.