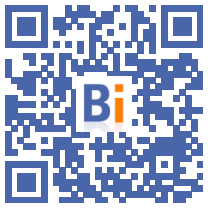 Italian hydrocarbon giant Eni has announced that it has signed an agreement with renewable energy developer X-Elio for the acquisition of three photovoltaic projects in southern Spain with a total capacity of 140 megawatts.

Eni and X-Elio have also started discussions for a wider collaboration for the development of renewable energy projects in Spain, where Eni aims to increase its installed capacity to 1 gigawatt in the next five years.

Once the transaction is finalized, the amount of which has not been disclosed, Eni will be responsible for the construction of the three photovoltaic plants and the marketing of the electricity.

"This initiative considerably strengthens Eni's presence in the Spanish market (...) and is a key element of Eni's commitment to reducing CO2 emissions," commented his boss, Claudio Descalzi, quoted in a statement.

The Italian group had already announced at the end of January the acquisition of 100% of the Spanish gas and electricity distributor, Aldro Energia.

Eni has set a target of reducing the net greenhouse gas emissions of its energy products by 80% by 2050, beyond the threshold of 70% indicated by the International Energy Agency (IEA) .

It also plans to achieve carbon neutrality in the upstream sector (production and exploration) by 2030.

Eni has also announced that it is on the verge of finalizing out-of-court settlements in disputes over the Spanish gas operator Union Fenosa Gas, in which the Italian group acquired a 50% stake in 2003.

Eni will immediately begin marketing natural gas in Spain to the industrial and thermoelectric sectors and to wholesalers.