Is the energy crisis accelerating the energy transition of private housing? 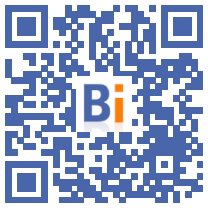 New DPE, energy sobriety and continuous rise in prices… the energy crisis is of increasing concern to French households. A particular context that should encourage the transition of buildings…

However, the question of the budget still slows down the transformation of housing. HomeServe, a specialist in home repairs and work, asked households about their vision of sustainable housing, in collaboration with Odoxa. The study deciphers the habits of the French in terms of ecology at home, their intentions to reduce their bill and reveals the main obstacles to switching to sustainable habitat.

How are the French adapting to this context of energy crisis?

Ecological awareness and the challenges of energy sobriety are gaining ground in households: 88% of French people are keen to live in sustainable housing that is more respectful of the environment and they are even almost a quarter (22%) to do so. already be converted.

Among the driving factors in favor of sustainable housing, in a context of rising energy prices, cost control remains central: 57% of French people even plan to carry out work to optimize their monthly budget, including 40% to reduce their energy bill when 27% of respondents do so for ecological reasons. Along the same lines, 53% of respondents say they are ready to carry out insulation work if this has an impact on their energy consumption.

At home, certain gestures have already found their place: 60% of respondents have already reduced their water and electricity consumption and more than 20% say they are increasingly vigilant. The energy performance and the insulation of goods, which are the predominant factors in determining so-called sustainable housing, are now among the points of vigilance of the French in the choice of future housing: encouraged by recent measures, the he study reveals that 79% of respondents believe ECD is important in their choice of accommodation.

With housing playing a prominent role in French life, more than half of respondents (55%) intend to carry out work over the next 12 months. On average, they intend to allocate a budget of €3 for the maintenance and renovation of their habitat.

Today, the French are only 1 third to have already carried out insulation work to optimize their energy consumption (33%), 31% to choose a supplier of green energies and 28% to install appliances to limit water consumption. 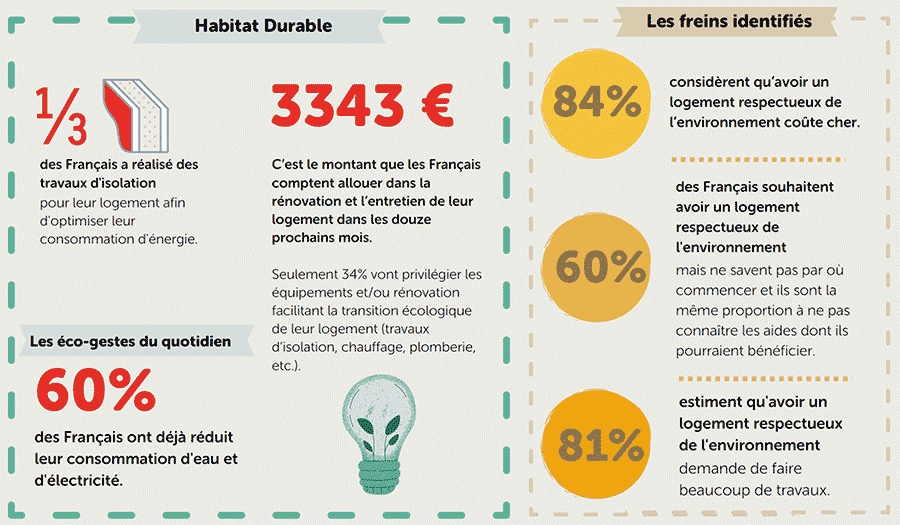 The price factor is dampening French enthusiasm for greener housing. Indeed, for more than 8 out of 10 French people (84%), having environmentally friendly housing is expensive.

The study reveals, for example, that while 50% of French people would be in favor of installing a heat pump, for its ecological and economic qualities, only 20% have already taken the plunge, while the remaining 30% are still hesitating, majority because they do not have the sufficient budget. Moreover, for 81% of respondents, having an environment-friendly home requires a lot of work, sometimes involving a significant initial investment.

Among the other brakes of the French to accelerate the energy performance of their habitat: the ignorance of the steps. Indeed, 6 out of 10 respondents would like to have an environment-friendly home but do not know where to start.

A lack of knowledge that also applies to the aid put in place to support sustainable housing. Among the French who are considering renovation work, 2 thirds do not know what public aid they can benefit from.