In Taiwan, a woman who burned incense allegedly caused a deadly building fire 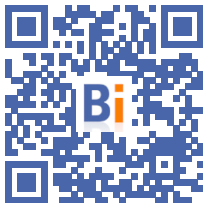 A 51-year-old woman who burned incense appears to have been behind the fire in a dilapidated building in southern Taiwan, in which 46 people were killed in mid-October, authorities said on Friday .

The blaze, the deadliest on the island in decades, broke out in a 13-story building in the city of Kaohsiung.

A resident of this building, identified as bearing the surname of Huang, had previously been detained on suspicion of negligent homicide and endangering public security.

"Ms. Huang appears to be responsible" for the fire, Kaohsiung Municipality said in a report on Friday.

"She did not verify that the incense was completely extinguished before leaving the building (...) which then led to the fire."

The authorities must rule on his possible indictment.

According to the procuratorate, Ms. Huang admitted to lighting sandalwood mosquito incense, but made inconsistent statements about what she did before leaving her room.

This Taiwanese first claimed to have thrown the incense in a trash can, then claimed not to remember what she had done, he said.

The incident ravaged several floors before being brought under control, after several hours.

The firefighters explained the violence of the disaster in particular by the fact that the five lower commercial floors were filled with debris and abandoned objects which generated the enormous quantities of smoke which then engulfed the residential apartments located above.

Frequently hit by earthquakes and typhoons, the island of Taiwan has strict building regulations, but safety standards are often not well enforced, especially in older buildings.

This drama also shed light on the deplorable living conditions of low-income elderly people, some of whom suffer from mental problems or disabilities.