In Senegal, the futuristic city of singer Akon is slow to emerge 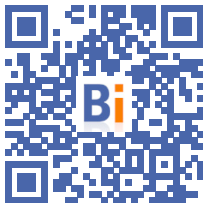 A year ago, rapper Akon launched in Senegal, his country of origin, "Akon City", his futuristic city project. But since then, the site has not materialized and the inhabitants are wondering about the hoped-for benefits.

On the site, in Mbodiène, on the Atlantic coast, about a hundred kilometers south-east of Dakar, the sign showing constructions in phantasmagorical shapes placed on the first stone came off.

"We haven't seen much yet," sighs Jules Thiamane, 35, who works in tourism. "It is the beginning of disappointment" for the population of the village compared to the promises of the inauguration ceremony, he summarizes.

Real name Alioune Badara Thiam, the 48-year-old Senegalese-American singer and producer, known for his R&B hits "Locked Up" or "Smack That", is also involved in solar energy with his company Akon Lighting Africa.

He had announced the start of work on "Akon City" for the "first quarter of 2021". At the time, the Senegalese Minister of Tourism, Alioune Sarr, said he wanted to make lie the "Cassandra and birds of ill omen who always see new projects as chimeras".

But on the spot, the inhabitants are reduced to conjectures about the progress of the project, the first phase of which must be completed in 2023.

A student, Ahmeth Deme, wonders if it has not been abandoned altogether, while David Seck Sène, president of the village youth association, does not "see how such a project could work. stop overnight ".

The deputy mayor of the municipality of which Mbodiène is a part, Badara Diakhaté, shows understanding. "There is also this global context of the Covid", he risks, "there are strong times and weak times".

From darkness to light

It must be said that with its hospital, casino, stadium, shopping center, housing, offices and restaurants, the project, at an estimated cost of $ 6 billion, is enough to make the heads of the inhabitants and Senegalese in general, 40% of whom live below the poverty line according to the World Bank.

"It's a big (progress) for us", welcomes Philomène Bamimba, who heads a local women's association.

A representative of Akon's team did not respond to AFP's requests. But Paul Martin, in charge of the project at the company KE International, based in the United States, affirmed that the work would indeed begin in October.

"The first 12 months were spent planning, authorizing, contracting and recruiting subcontractors," he explained.

KE International, which won the "Akon City" construction contract, completes the construction of a similar city in Kenya, with a budget also estimated in the billions of dollars, on behalf of the Kenyan businessman Julius Mwale, Akon partner.

Much less astronomical sums would be enough to transfigure Mbodiène's daily life.

"I think people know that this project will change the village, change the town," he said, "and we have to prepare for that".