In Hong Kong, model makers reproduce the city of yesteryear in miniature 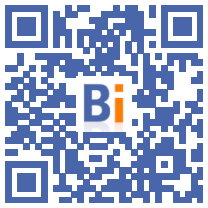 In Hong Kong, over the years, old buildings give way to skyscrapers. In order not to let this past sink into oblivion, two model makers apply themselves, with infinite precision, to reproducing this heritage in a reduced format.

Once in Tony Lai and Maggie Chann's studio, the visitor is in a time machine. In a corner, he finds himself in the middle of a fun fair, with its rides and its big wheel. On the other, he witnesses the fire dragon dance across the city.

The two model makers also replicated an apartment building in luxury, with linens on the windows and the legendary neon lights that once lit the streets of the former British colony.

One thing animates these two artists: to reproduce the Hong Kong of their childhood and to bring back buried memories to the most nostalgic.

"When the elderly see our creations, things come back to them," says Mr. Lai, pointing to the Kai Tak amusement park, which has not existed since 1982.

"Often, they start to cry at the sight of our models," he says.

In Hong Kong, fighting to preserve the architectural heritage is not an easy task in the face of the greed of the real estate magnates, eager to build more and more towers.

"Engraved in my memory"

The territory of nearly 7,5 million inhabitants, where the square meter is one of the most expensive on the planet, suffers from a housing shortage.

Many buildings, some of which are a legacy of the city's colonial past, were therefore demolished to make way for buildings.

Born in Hong Kong, Mr. Lai fondly remembers trips with his father to Lamma Island, where fishermen lived along the shore in simple wooden houses.

In their workshop, TOMA Miniatures, the two artists represented a scene from everyday life in one of these villages. "This memory has remained etched in my memory until today," says Mr. Lai.

In their workshop, the two model makers each have their own specialty, Mr. Lai focuses on large structures and Ms. Chan on reproductions requiring more detail.

Inspired by the memory of her father bringing home dishes, she began by reproducing Hong Kong dishes in miniature versions.

"A simple poster or a bowl of beef noodles can bring back memories and move people," she explains.

Last year, a movie theater that opened in 1952 in the North Point neighborhood closed after being bought out by real estate developers.

With its concrete arched roof which makes its singularity, the building appears in the film "The Game of Death" (1978) with the famous Hong Kong actor Bruce Lee.

Saved from demolition in May, it will finally be renovated by real estate developers for a sum of several billion dollars.

Other buildings were not so lucky. Authorities recently authorized the demolition of a four-story building in the Jordan neighborhood, a move criticized by heritage associations.

The central post office, a post-war modernist building, located on the popular waterfront, must give way to a luxury shopping center.

"Hong Kong is a big city, and its architectural riches or things related to our childhood have disappeared one after the other," regrets Mr. Lai.

In addition to allowing residents to look back with nostalgia in their past, they hope to be able to win back foreign tourists, once the page of the pandemic has turned.

“I hope that when they come to visit us, they will see that there is a lot here that they haven't discovered yet,” Chan says. "I hope that our creations can give an idea of ​​what Hong Kong really is."