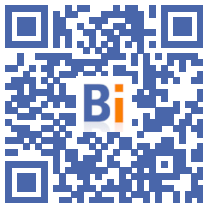 The board of directors of Ile-de-France Mobilités (IDFM) adopted a report on Tuesday asking its president Valérie Pécresse to demand from the State the transfer of the non-conceded highways and national roads in the region, as well as the boulevard Parisian ring road.

The 3DS bill (differentiation, decentralization, deconcentration and simplification), currently examined by Parliament, envisages the transfer of the national road network to the regions.

"The transfer of the road authority from the State in Ile-de-France to Ile-de-France Mobilités (and not to the region, Editor's note) nevertheless appears natural with regard to the competences of the authority organizing mobility, in particular its ability to organize intermodality on a regional scale and to promote synergies between the road network and public transport and shared mobility ", it is stated in the report.

IDFM - which demands from the State "the guarantee of having sufficient resources" for this transfer - intends in particular to create express lines of buses circulating on the highways, to develop reserved lanes and to coordinate the information systems in real time with the public transport network.

The departments concerned could recover some national roads, it is added.

On the other hand, the Boulevard Périphérique, which belongs to the City of Paris, has according to IDFM the vocation of joining the network that the regional institution wants to manage: "By consistency with the characteristics of the Boulevard Périphérique and its regional interest, the transfer of the competence should also be able to extend to this infrastructure, the consistency of which with the State network is not open to debate ".

Valérie Pécresse (Libres!), Who also chairs the Ile-de-France region, recently proposed to organize a referendum on the future of the Boulevard Périphérique, which the mayor of Paris Anne Hidalgo (PS) wants to transform into a "boulevard urban "with less motorway characteristics.

At the same time, Ms. Pécresse gave up on establishing an eco-tax which would affect heavy goods vehicles using the roads managed by IDFM.

But her regional communist opposition wonders how the presidential candidate will finance these "very important investments" while with the pandemic, "a hole of 4 billion euros has been dug in the finances of Ile-de- France Mobilités ".

"Without new revenue obtained from the State, the only solution for Valérie Pécresse will be to create new tolls in Ile-de-France," said Fabien Guillaud-Bataille, PCF regional councilor.