Hydrogen de France is listed on the Paris Stock Exchange 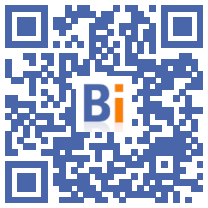 Created in 2012, Hydrogen de France aims to become a world leader in the development of continuous or on-demand electricity production plants, from hydrogen and solar and wind energy.

Its listing on the Paris Stock Exchange should enable it to pursue its development strategy, focusing in particular on expanding its manufacturing capacities and on its technological advantage in high-power fuel cells.

According to Euronext, the offer was "a resounding success with institutional, international and individual investors" on Thursday.

"13.000 individual accounts have registered, which represents a very large number," said Damien Havard, CEO and founder of Hydrogen de France, in an interview with AFP.

Thursday evening on the gray market, before the first listing which will take place on Friday, the securities appeared up 4,5% compared to the introductory price, he added.

"With this transaction, the company has acquired the financial means to accelerate its development in the hydrogen-electricity market, which is booming in all regions of the world," he added.

In particular, the company has signed "strategic partnerships" with Rubis and Teréga Solutions, which are now among its shareholders.

Rubis, a specialist in energy storage and distribution infrastructure, has even become HDF's second largest shareholder (17% of the capital) by investing € 78,6 million.

It "will benefit, for a period of five years, from a priority to invest mainly in the projects that HDF Energy plans to develop in Africa / Indian Ocean, in the Caribbean and in Europe", he said in a press release. separate.

The Blanquefort industrial site in the Bordeaux suburbs, abandoned by Ford after the closure of its plant in 2019, is to serve as the base for the group's first electricity production plant from green hydrogen, from 2023.

"This is the first factory in the world to do this, we are going to industrialize a fuel cell process developed by the Canadian Ballard Power System, our licensed supplier, which is the world leader in fuel cells to produce renewable energies. non-intermittent, ”added Havard.

Hydrogen de France has negotiated an exclusive contract for seven years with the Canadian.

"We are world pioneers in long-term storage, we have just opened a new energy market, that of non-intermittent renewable energies," he said. For the moment, only lithium storage exists for wind or solar energy. "These are very short-term storages".

On the employment side, he estimates that fundraising will immediately make it possible to employ around a hundred people on the Blanquefort site. "Then it can go very quickly, it will depend on the political will to create industrial jobs around hydrogen, linked to exports," said Mr. Havard.

In Mexico, Australia, Indonesia and the Philippines in particular, the group works mainly on the development and construction of stable and continuous renewable energy plants, using fuel cells.

"Through photovoltaic parks, and electrolysis, we produce hydrogen for eight hours during the day, and during 14 to 16 hours of darkness, fuel cells produce electricity," Mr. Havard.

"We have an atypical model for France, we have chosen to industrialize reliable technological processes rather than starting from research and development, it will be interesting to see if we can obtain public support within the framework of the recovery plans. in order to develop export-oriented industrial employment, ”added the manager.