Hydrogen, a miracle solution for a carbon-free ecological transition? 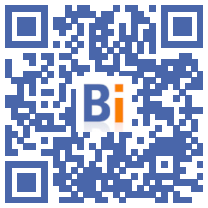 The French Energy Council brought together key energy players for the seminar “The role of hydrogen in the energy transition” organized a few days ago in Paris.

Representatives from EDF, Engie, France Stratégie, IFP Energies nouvelles and the Académie des Technologies spoke and discussed the contribution of hydrogen to the ecological transition and in particular to the decarbonisation of economies. .

The participants in the seminar discovered with interest the two studies carried out by the World Energy Council available in French. The first one draws up a global panorama of hydrogen ; the second is interested in the use and supply of hydrogen to the European Union and in 2030 2050.

Among the subjects debated during the round table, the question of the uses of hydrogen highlighted the very different assessments of the forecasts, like the divergences found in the scenarios of the two studies. Other themes were the subject of lively discussions, such as security or the competitiveness of different technologies.

Uncertainty about hydrogen is linked to the development of its uses and therefore to the needs expressed by consumers. The prospects for hydrogen have been assessed differently, ranging from the simple replacement of carbonated hydrogen by carbon-free hydrogen to very broad development (in the residential, individual mobility or tertiary sector) through the mainly used in industry and transport. The cost of hydrogen delivered to the customer will be the main determinant of demand: it depends fundamentally on the technologies chosen, the associated electricity mix and therefore the country of origin.

The importance of characterizing hydrogen has been asked several times, no longer by its color, a source of confusion, but by its carbon intensity (or content). This point has sometimes been deemed too restrictive even if everyone agrees to stress the importance of using carbon-free hydrogen.

The issue of safety revealed differences of opinion both in terms of hydrogen transport and its use. This question is directly linked to the development prospects which may be limited to industrial uses or on the contrary based on a massification of residential uses. Blending (incorporation of a small percentage of hydrogen into existing natural gas infrastructure) has been questioned in particular by some stakeholders.

Infrastructure was at the heart of the debates. A consensual point has emerged: the time of energy is a long time and the decisions essential to a future development of hydrogen must be taken today. Behind the development of infrastructure is the crucial question of the acceptance of industrial structures by citizens.

The issue of energy security was also raised. There is a consensus on the fact that the stake is moving from the traditional field of energy to that of equipment. Echoing the debate on industrial sovereignty, everyone recalled the example of the development of the - Chinese - market for photovoltaic panels and called for the emergence and rapid consolidation of an industrial hydrogen sector, French or European. .

One consequence of these industrial choices is to consider the development of hydrogen from the point of view of its contribution to economic growth and therefore to employment: it is moreover an underlying criterion for several hydrogen strategies in the world, including the French strategy.

The standards and regulations, defined at national or European level, are decisive because they condition the development of hydrogen. In particular, the issue of additionality (avoiding the exclusion of the use of renewable energies to produce electricity instead of hydrogen) has been highlighted on several occasions.