Germany will impose wind turbines on the regions 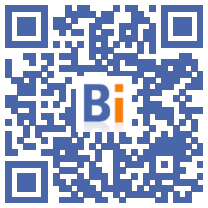 The German government wants to force local authorities to install more wind turbines, in particular by easing administrative procedures with the aim of covering 2% of the national territory by 2032, according to a bill presented on Wednesday.

"We are advancing the deployment of wind energy (...) Germany's objective is to cover 2% of its territory", declared Wednesday, during a press conference, the Minister of the Economy and Climate Robert Habeck.

Faced with the climate emergency and dependence on Russian gas, this popular environmental minister wants to reduce administrative procedures to a minimum and simplify overly coercive legislation in order to encourage investment

To achieve this objective, the government will "force the Länder to devote a share of 1,8% to 2,2%" of their territory to this energy, depending on local situations and the size of the territory, detailed Robert Habeck .

The regional states, which currently have great latitude on the subject, should therefore be much more constrained.

The minister said he expected these decisions "to arouse concern, resistance or fear in many regions". They must be taken seriously, but they must not block the objective of developing renewable energies, essential for the energy transition, he observed.

If the regions do not achieve their objective, the federal state will indeed be able to abolish certain local rules, such as the minimum distances between wind turbines and dwellings.

Only the “special protection zones” and the “natural reserves” - the territories benefiting from the highest level of protection - cannot, in fine, be developed.

States that want to do less than their objective will nevertheless be able to transfer part of their obligations to other regions, via a market, and against financial compensation.

Finally, Berlin will simplify and unify at the federal level the rules concerning the protection of biodiversity.

The government indicates that it will also strengthen "citizen participation" in the implementation of wind projects.

The German coalition, led by Social Democrat Olaf Scholz, with the Greens and the Liberals, has set the ambitious target of 80% renewable energy in electricity consumption by 2030.

However, although it has progressed considerably in recent years, doubling in a decade, the share of electricity from renewable sources fell last year in Germany, a first since 1997. It represented 42% of the energy mix, after 45,3 .2020% in XNUMX.