Gare du Nord: the government asks for a "much smaller" project, the SNCF presents its "Plan B" 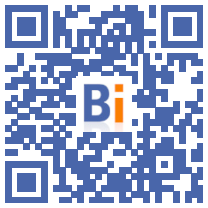 The government asked the SNCF to prepare a "much smaller" project for the Gare du Nord, around 50 million euros, announced the Minister for Transport, Jean-Baptiste Djebbari, the day after the abandonment of 'a gigantic transformation project for this station.

"We asked the SNCF to prepare a much smaller project, in a dimension of around 50 million euros, to make adjustments and meet the challenges of 2023 and 2024", namely the Rugby World Cup and the Olympics, Mr Djebbari said on Wednesday.

"The initial project was 600 million euros and slipped to 1,5 billion, and which has shifted two to three years in the schedule. It is the chronicle of a project that went badly on the technical level, "regretted the minister on RMC / BFMTV, returning to Tuesday's announcement.

"It is abandoned as is. The SCNF has indicated its intention to terminate the contract," and it is "supported by the government," said Mr. Djebbari.

The SNCF announced Tuesday evening that it was giving up the gigantic and controversial transformation project of the Gare du Nord in Paris designed with Ceetrus, a subsidiary of Auchan, highlighting "unbearable drifts", especially in terms of cost. The site was to triple the area of ​​the first station in Europe in anticipation of the Olympic and Paralympic Games of 2024.

SNCF will launch a "Plan B" to improve the Gare du Nord in Paris before the 2024 Olympic Games, much more modest than the ambitious renovation abandoned on Tuesday, but it is considering a new, larger project for the future. the 2030 horizon.

"Ceetrus regrets the manifest failure of its partner, SNCF Gares & Connexions, to fulfill its responsibilities as co-shareholder and the loyalty required between the partners of a joint venture," the company said in a press release, the day after the official abandonment of the project which was to triple the surface area of ​​the Parisian station for the 2024 Olympic Games.

SNCF justified the abandonment by "unbearable drifts", especially in terms of cost.

The day after the SNCF's announcement, the government asked it on Wednesday to prepare a "much smaller" project for the station, around 50 million euros, announced the Minister for Transport, Jean-Baptiste Djebbari. The initial project was estimated at 600 million euros and had swelled to some 1,5 billion euros, according to the minister.

Concretely, the concession was entrusted to SA Gare du Nord 2024 (StatioNord), a joint venture formed by SNCF Gares & Connexions (34%) and the real estate company Ceetrus (66%), the latter in charge of the design, works and their financing, as well as the operation of the shops for 46 years.

After a long controversy with the city of Paris, which however had originally approved the file, because the project was considered too imposing and too similar to a shopping center disconnected from the district, a less ambitious version of the project had been adopted. in November 2020.

A "phase of public participation by electronic means" for the issuance of a modifying building permit was also underway until Friday.

This downsizing did not prevent soaring costs and delays. In addition, the work such as "StatioNord" envisaged them would have required to remove a quarter of the trains in 2023 and 2024, "which (was) just impossible", according to the SNCF.

"It's an industrial rout, and not at all a political problem," says one within the group.

"The project is abandoned as it is. SNCF has indicated its intention to terminate the contract", and it is "supported by the government", summed up Jean-Baptiste Djebbari.

The mayor of Paris called for "not to postpone once again the modernization and renovation of the station".

A "Plan B" should allow, with the help of Arep the architectural agency of the SNCF, to renovate it for the sporting events of 2023 and 2024.

According to her, this is to add escalators, strengthen signage, redevelop the bus station, add parking spaces for bicycles, review the area for taxis and VTC, pacify the spaces adjacent to the building...

The cross-Channel terminal must also be redeveloped, with an improvement in the waiting room and boarding areas for Eurostar.

"Afterwards, there will be a + C + Plan because we have not abandoned the idea of ​​having a station ready by 2030, to accommodate our travelers, because we anticipate that there will be a significant increase flows, "said the manager.

"The specifications are to be defined" for this new transformation, which must be studied "in reflection with all the public actors", according to Ms. Dolveck.

"We are available and willing to initiate a new renovation project for the Gare du Nord which is at the service of daily users, urban integration and intermodality", declared in a press release Emmanuel Grégoire, first deputy of the mayor PS Anne Hidalgo.