G20 green light for agreement on taxation of multinationals 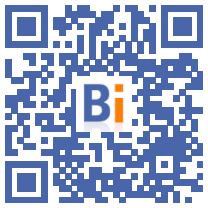 The big funders of the G20 "approved" on Saturday the "historic agreement on a more stable and fairer international tax architecture", which establishes a global tax of "at least 15%" on the profits of multinationals.

Finance ministers also appealed to recalcitrant countries, the declaration having now been signed by 132 of the 139 members of the OECD working group which brings together advanced and emerging countries.

"We invite all members" of this so-called "inclusive framework" OECD-G20 group who "have not yet joined the international agreement, to do so," the ministers said. An appeal that was heard by Saint Vincent and the Grenadines, a small Caribbean country that has joined the agreement.

Italian Economy Minister Daniele Franco, whose country chairs the G20, greeted the press with a "very important agreement, which many colleagues have described as historic".

By giving its "green light to the key elements of the two pillars of the reform", the G20 "is helping to stabilize the international tax system for the next few years" and to stop the "race to the bottom" for tax rates.

Big funders also called on the OECD group to "deal quickly with the remaining issues" and present "a detailed plan for the implementation of the two pillars" of the agreement by the next G20 meeting in October. .

The "pillar 1" of the agreement consists in reallocating part of the income tax paid by multinationals to the so-called "market" countries, ie those where they carry out their activities. The tax will therefore no longer be due only where their headquarters are located.

In the line of sight, companies which achieve more than 20 billion euros of turnover worldwide and whose profitability exceeds 10%.

Its objective: to prevent multinationals and especially the Gafa (acronym designating the giants Google, Amazon, Facebook and Apple), which have greatly benefited from the Covid-19 pandemic and the confinements, from paying derisory taxes in relation to their income.

The "pillar 2" corresponds to the establishment of a minimum effective tax rate "of at least 15%" on the profits of multinationals. A state will be able to tax the foreign profits of one of its national companies which would have been taxed abroad at a rate lower than this minimum rate, in order to compensate for the difference.