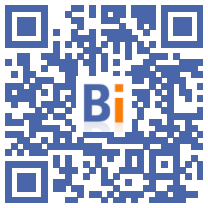 The health crisis should penalize French growth much less strongly over time, unlike the financial crisis of 2008, underlines a study by the Institute for Public Policy and the Center for Economic Research (Cepremap), published Tuesday.

The French economy should thus grow at an average rate of 1,35% per year between 2017 and 2025, against 1,2% between 2009 and 2017, illustrating the fact that "the end of the crisis does not translate into signs weaker growth ", according to Cepremap projections.

Because the historic 8% recession in 2020 in France, caused by the Covid-19 epidemic, has this originality that it is a "non-economic shock", explains the study.

Despite its magnitude, it was not followed by a financial shock and the measures of the government (partial unemployment, solidarity fund, etc.) made it possible to cushion the impact on businesses and households and to allow a "strong resilience", with a rapid rebound in activity.

Thus, without the support measures decided in March 2020, GDP would have plunged by 40,5% in 2020 and the economy would not have returned to its pre-crisis level until early 2023, when it has already reached this level. level since this fall, according to assessments by INSEE and the Banque de France.

The massive use of short-time working, at a cost of more than 30 billion euros, was "rational", underlines the study, and, without emergency aid measures, the ratio of public debt to GDP would have soared much more than the 17 additional points recorded between 2019 and 2021.

The study also shows that in the medium term, ie over 3 or 4 years, it is above all tax cuts that will mainly contribute to French growth, rather than public spending or investment policies.