French growth slowed down in the private sector in October 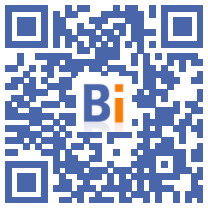 The growth of private sector activity in France fell again in October, still hampered by shortages, according to a provisional estimate released Friday by the IHS Markit cabinet.

The composite Flash index of global activity fell to 54,7 points in October, from 55,3 points in September, reaching its lowest level in 6 months, according to data collected from a panel of companies.

If this figure testifies to "a strong growth rate" of the French economy, the downturn is mainly due to the supply difficulties of the manufacturing industry, whose production fell in October, a first since January 2021.

"While until now input shortages have mainly translated into price increases, they are now having a tangible impact on production levels and order books as companies do not have the necessary stocks. to the production of their manufactured goods and customers finding themselves forced to cancel or postpone their orders, "said Joe Hayes, economist at IHS markit, quoted in the press release.

As a result, the cost inflation rate has reached its highest level in 17 years, due to rising raw material prices, rising fuel costs and wage costs.

Growth also slowed down slightly in construction, while conversely, activity in services increased significantly in October, supporting the general growth in activity.

The services are benefiting from the easing of travel restrictions and a growth in the volume of new business in many sectors, although it remains "very vulnerable to the introduction of new sanitary measures", according to the cabinet.

"Among the various recovery scenarios described by different letters of the alphabet, it seems that France is moving towards a recovery in K, characterized by widening inequalities, especially between sectors of activity," said Joe Hayes.