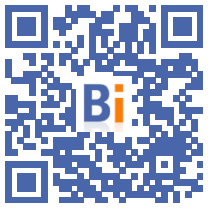 French gas reserves are full in anticipation of winter, the Energy Regulatory Commission (CRE) announced on Wednesday, calling all the same for a "massive collective effort aimed at reducing our energy consumption".

“The storage filling campaign for the winter of 2022/2023 ends with storage more than 99% full,” CRE said in a press release, France thus becoming the third European country after Belgium and Portugal to fill its natural gas storage capacities to the maximum.

With 130 TWh, these reserves, which have reached a "higher level than the average of recent years", represent "about 2/3 of the winter consumption of SMEs and individuals" in France, she explains.

The Commission warns against "tension situations that are nevertheless possible depending on the conditions of the passage of winter". "A massive collective effort aimed at reducing our energy consumption, involving companies, administrations, communities and individuals, is therefore essential", she asserts.

A vision shared by the two companies in charge of storage, Storengy, a subsidiary of Engie, and Teréga: "In order to anticipate possible situations of tension in the months to come, a reasoned use of storage as well as an effort of sobriety on gas and electricity consumption appear necessary now", they said in a joint press release.

"This storage filling rate confirms the reliability of the system and of French gas infrastructure", welcomed the CEO of Teréga, Dominique Mockly, whose company stores a quarter of the gas in France, mainly on sites located in the south of France. west of the country.

The remaining three-quarters are spread over 14 storage sites scattered throughout the territory and operated by Storengy, in natural underground sites such as aquifers.

The government's objective of filling the country's storage capacity with natural gas by November has therefore been achieved, while Russian gas exports to France have completely dried up since 1 September.

He is due to present his "energy sobriety plan" on Thursday, aimed at mobilizing all sectors of economic and social life to reduce French energy consumption by 10% in two years and help the country to face a tense winter.

Storengy and Teréga insisted on the two scenarios envisaged for this winter. “An average winter without a marked cold spell shows a globally balanced system”, they write even if there is “little room for maneuver”.

But in the event of a severe or long-lasting cold wave, "the winter deficit can reach 16 TWh, which represents 5% of winter consumption", warn the two companies. Sobriety measures will then be essential to avoid cuts and despite this, "all sources will then have to be mobilized" to satisfy consumption.

In addition to France, Belgium and Portugal, Poland also has its reserves almost full, with a filling rate of 98,34% according to the Gas Infrastructure Europe database. On average, the countries of the European Union have filled their storage capacity to 89%, in anticipation of an unprecedented winter without Russian gas.