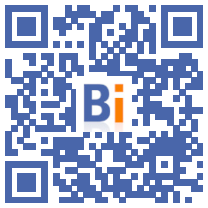 France welcomed, on August 9, 2021, the publication of the first volume of the 6th assessment report of the Intergovernmental Panel on Climate Change (IPCC) on the physical aspects of climate change.

The result of an international collaboration of nearly 250 scientists from more than 60 countries, this new report from the Intergovernmental Panel on Climate Change (IPCC) presents the current state of knowledge on climate change and its latest developments. trends, as well as new global and regional climate projections - based on different socio-economic scenarios - including temperature, precipitation and average sea level rise.

The IPCC finding is alarming: the rise in global temperature has further accentuated, at a rate that will very likely cause the threshold of 1,5 ° C warming to exceed since the pre-industrial era between 2021 and 2040.

To limit and stabilize global warming below 2 ° C, or even 1,5 ° C, the IPCC reaffirms that it is necessary to reduce CO2 emissions quickly and achieve zero net CO2 emissions around 2050 as well as a strong reduction emissions of other greenhouse gases.

The consequences of climate change already observed will be accentuated as global warming progresses. This particularly affects temperature extremes, the intensity of precipitation, the severity of droughts, the increase in frequency and intensity of climatic events that are rare today.

Certain impacts, such as sea level rise or the melting of ice caps, will be irreversible on the scale of several hundred or even thousands of years. The natural mechanisms of carbon absorption, especially by forests and oceans, will be less and less efficient.

This report strengthens France's will to continue to act, at the international and national levels, within the framework of the Paris agreement to limit greenhouse gas emissions and prepare for certain impacts that have become inevitable of change. climate.

Under the impetus in particular of France, the European Union adopted a carbon neutrality objective for 2050 and raised its ambition by raising its objective of reducing net emissions to at least 55% by 2030 compared to 1990. The European Commission published on July 14 a series of legislative proposals to implement this ambition.

At the national level, the climate and resilience law, resulting from the work of the Citizen's Climate Convention, sets up new measures on transport, the renovation of housing or the fight against artificialization which will contribute, together with the whole measures already taken during the five-year term, to achieve our objectives.

Through the second national climate change adaptation plan, the Government is also implementing the necessary actions to protect citizens and adapt all sectors of the economy to future climatic conditions, while improving their resilience.

"This IPCC report rightly recalls, once again, the real urgency to take all the necessary measures to fully implement the Paris Agreement which is our compass to all, States, communities, civil society, businesses, NGO to limit global warming and its consequences. The COP26, which will be held in Glasgow in November, is a crucial meeting to raise the global ambition in terms of reducing greenhouse gas emissions. French diplomacy is fully mobilized alongside the British presidency of COP26 and calls on all states that have not yet done so to raise and implement their national climate objectives, as the European Union did in December 2020. " declared Jean-Yves Le Drian, Minister for Europe and Foreign Affairs.

“The work of the IPCC constitutes for all the countries of the world the scientific cornerstone on which to base our climate policies. Seven years after its last assessment, the IPCC anticipates an acceleration in global warming and an intensification of the dramatic events that we are already experiencing on all continents. Faced with this threat, the line is clear: apply the Paris Agreement fully and everywhere. Both to reduce global greenhouse gas emissions and adapt to increasingly extreme climatic events. Europe has shown the example with the raising of our ambition to reduce net emissions to -55% by 2030 compared to 1990 and the “fit for 55” package. The challenge is immense because it involves emerging within a decade from a civilization based on fossil fuels for several centuries. With a 30 billion green investment stimulus plan, the Climate and Resilience law, determined European and international action to decarbonize the global economy, France is fighting. " said Barbara Pompili, Minister for the Ecological Transition.

“Research has a duty to deepen our knowledge of phenomena linked to climate change and higher education has the task of raising awareness and training all students in the challenges of ecological transition and the objectives of sustainable development. The new observation made by the IPCC is implacable: no region of the world is spared by climate change and populations are now suffering very direct consequences. I would like to salute the excellence and the involvement of researchers from around the world who alert us, with the greatest scientific rigor, to what awaits us collectively if we do not take the new directions that are necessary. Many efforts have already been made on a global scale, but more needs to be done. Our planet is our most precious asset, there is an urgent need to act. " said Frédérique Vidal, Minister of Higher Education, Research and Innovation.