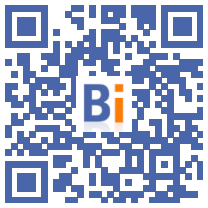 By announcing unexpected state funding for Bordeaux-Toulouse last week and speeding up Montpellier-Béziers, the government has relaunched the construction of high-speed lines, after four years of "hiatus" on major projects.

We have heard a lot since the election of Emmanuel Macron that the priority was now to rehabilitate the rail network and daily transport, after decades of "all TGV".

The president announced in 2017 "a break" until a law on mobility was passed. This finally validated a scenario proposed in early 2018 by the Infrastructure Orientation Council (COI), which does mention some important projects but postponed much later.

The Marseille-Nice link is emblematic of this change in doctrine: we went from a high-speed line project to the development of the crossings of Marseille - with all the same a tunnel under the city -, Nice and Toulon , postponing the construction of the intermediate sections until the 2030s.

As for the Bordeaux-Toulouse, yet declared of public utility, the IOC only envisaged the development of the exits of the two cities to begin with, then a phasing of the new line with the construction of Bordeaux-Agen "as soon as possible from from the period 2033-2037 ".

The project's website is also fallow, the last note published, from June 2018, focusing on alternatives by modernizing the existing line ...

The arrival of Jean Castex at Matignon has changed the situation. This elected representative of the region first declared in July 2020 that he would put "all (his) energy" to move the new Montpellier-Perpignan line more quickly.

On April 19, the government announced an agreement with local communities on the financing of the first planned developments of the new Provence-Côte d'Azur Line (LNPCA), between Marseille and Nice, estimated at 3,5 billion euros.

And a week later, the Prime Minister announced in a letter to the president (PS) of the Occitanie region, Carole Delga, and to the mayor of Toulouse (LR), Jean-Luc Moudenc, that the state would provide 4,1 billion euros in Bordeaux-Toulouse, and that he would advance the Montpellier-Perpignan public inquiry by one year.

In the three cases, the State would provide the same amount as the local communities (40% each a priori), Europe being asked to supplement with 20% of the total.

In Occitania, local authorities will be able to set up a "project company" with their own tax resources.

Money will have to be found, especially since the estimate for Bordeaux-Toulouse has been reassessed from 7 to more than 10 billion euros. The objective is to put Toulouse at 1 hour 05 from Bordeaux and 3 hours 10 from Paris, more than an hour saved compared to the current fastest connections.

Carole Delga evokes the "first shovel in 2024", an objective confirmed to the government. On the other hand, we are more dubious in the executive on a commissioning in 2030 as assured the elected.

"What the Prime Minister has announced is part of the European rail strategy, which promotes the completion of a number of high-speed routes", explains the new president of the IOC, David Valence (radical ).

"This is good news", reacts Bruno Gazeau, president of the National Federation of associations of transport users (Fnaut), noting that high speed rail makes it possible to gain market share from cars and planes. .

"But the revival of high-speed lines must not be done to the detriment of the Intercités (which) must be financed and protected", he points out. The government has indeed promised to relaunch the classic lines.

On the government side, it is indicated that these major projects were planned in the financial trajectory approved by the law on mobility, regardless of the modernization of the network. It will take "ten years" to build Bordeaux-Toulouse, it is estimated.

The next project should be the modernization of the link between Paris and Normandy, the same source said. As for the new line between Bordeaux and Spain, it will await "the next programming law", according to Mr. Castex.