Faced with the emergence of the Omicron variant, the Minister of Finance, Bruno Le Maire reaffirms his support for companies 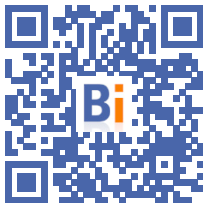 Many economic sectors are worried about seeing a further slowdown in their activities because of the new variant of COVID 19. Bruno Le Maire wished to reassure these companies and to show his support during a press conference in Bercy on the 29th. November.

“We have always been there for companies and always been there for employees. We will always be there for companies and always there for employees ”. With these words, Bruno Le Maire wants to reassure the economic players who could be affected by the new Omicron variant. More reassuring still, the French Minister of Finance does not hesitate to specify that "we are not there yet", estimating that for the moment, the Omicron variant does not represent a threat of consequent epidemic recovery nor a danger for growth in France and Europe.

The Minister of Finance affirmed that a point will be made with the most vulnerable sectors, such as tourism, air transport or events and that "we are not changing strategy along the way", with reference to the policy of "whatever the cost" led by the State with companies hit by the economic consequences of the crisis.

Despite his reassuring words, the list of countries where the Omicron variant has been detected has continued to grow since the first censuses made in southern Africa in early November. Cases have also been detected in Europe, such as in the Netherlands, forcing many states to suspend travel to this African region and to institute preventive measures.

This concern with respect to the Omicron variant and a possible epidemic resumption is in particular due to the still very vague knowledge that scientists have of this variant which appeared very recently.