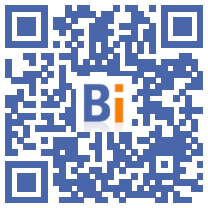 In the context of soaring energy prices, consumers are looking for alternatives to lower their bills. Among these solutions, solar self-consumption is increasingly popular.

Effy, specialist in energy renovation in France, notes a 100% increase in requests for solar panel installation work in October; mainly motivated by a desire to no longer be dependent on rising energy costs. A phenomenon revealing a trend: that of energy reappropriation.

Frédéric Utzmann, President of Effy: “During the month of October, we recorded an explosion of requests for work to install solar panels. Most households who now request our support are motivated by the issue of purchasing power: faced with rising energy prices, they see solar as an alternative to control and lower their energy bill. . In a context where individual solar self-consumption is increasingly popular with the French, I am surprised that the latter is almost absent from the photovoltaic development plan presented by the government in early November. To allow its massive adoption by households, it is essential to simplify the procedures for individuals who wish to install solar panels in their homes. Because all along the journey, from preliminary requests to connection, the problems that we manage today for our customers are numerous and slow down the movement. Other countries have made sure to simplify these procedures, and it works! "

During the month of October, Effy recorded a 100% increase in requests for the installation of solar panels. Traditionally, however, it is the arrival of sunny days that motivates solar self-consumption projects.

Soaring energy prices seem to have been a game-changer and prompted consumers to turn to solar power. The Effy advisers, who support individuals on a daily basis in their energy renovation projects, estimate that out of all the requests they receive for the installation of solar panels, 70% are now motivated by a desire to do lower his bill.

This explosion in demand for solar panels is indicative of a real trend: that of energy reappropriation.

In fact, faced with rising energy prices, more and more French people are choosing to turn to solar self-consumption to produce and consume their own energy and, thus, reduce their dependence on market prices and lower their bill.

Solar self-consumption is an effective alternative to lower your energy bill: it allows savings of up to 40% per year.

In addition to savings on the bill, electricity production generates income from the sale of surplus electricity that is not directly used.