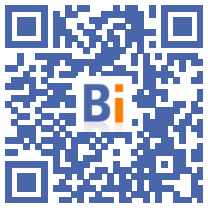 Faced with the unprecedented rise in electricity prices in recent weeks, in a context of tensions over the availability of French production facilities and the gas supply to Europe, the Government is taking measures to preserve the power of purchasing by the French and the competitiveness of business supply.

In addition to the measures already undertaken, the Government has decided to exceptionally increase by 20 TWh the volume of ARENH which will be delivered in 2022, so that all consumers benefit from the competitiveness of the French nuclear power plant. These volumes will be accessible to all consumers, individuals, local authorities and professionals, via their supplier according to terms that will be specified very soon. The suppliers will fully pass on the advantage obtained to the benefit of the consumers. This point will be closely monitored, in conjunction with the Energy Regulation Commission.

The revision of the additional volumes of ARENH

At the same time, in order to ensure fair remuneration for the production tool which contributes to the protection of all French consumers against this price increase, the price of these additional volumes of ARENH will be revised to 46,2 .XNUMX€/MWh.

The European authorities have been informed of this decision, which is part of the exceptional measures to adapt to the energy price crisis situation affecting all European countries.

This increase in the ARENH ceiling is in addition to the reduction for one year of the tax on electricity (TICFE) to its minimum level provided for by European law from 1 February next. This decrease represents a budgetary cost for the State of 8 billion euros. Combined with the raising of the ARENH ceiling, it will provide massive support to the purchasing power of all consumers.

These measures will make it possible to secure the implementation of the tariff shield for electricity announced by the Prime Minister and included in the finance law for 2022. Indeed, as it had promised, the Government will block the increase in regulated tariffs sale of electricity at 4% including tax on February 1 for residential consumers, whereas without intervention on its part, the increase would have reached 35%.

The government extends the tariff shield

Given the exceptional situation, the Government has also decided to extend the tariff shield by limiting the increase in regulated electricity sales tariffs to 4% for small professional consumers who benefit from it in mainland France, as well as for all professional consumers in overseas territories and Corsica (non-interconnected areas) who benefit from these tariffs.

These measures come in addition to the resolute action of the Government for several months to mitigate the consequences of the rise in energy prices for all consumers, and in particular the most modest, which has resulted in accompanying measures strong:

The Government will continue to monitor developments in the energy market situation with the greatest attention over the coming weeks and will ensure that the measures taken today are fully passed on by suppliers to their customers.

For Barbara Pompili, Minister of Ecological Transition: “We remain mobilized, as we have been since the beginning of the crisis, to protect all consumers in the face of the exceptional rise in energy prices and to secure our economic and industrial fabric. This situation reminds us of the importance of investing in energy savings, as we are doing in particular thanks to the 2 billion euros planned for 2022 for aid for the energy renovation of housing. At the same time, we are preparing for the future and are committed to changing energy markets at European level towards functioning that supports a fair energy transition. »

For Bruno Le Maire, Minister of Economy, Finance and Recovery: “These additional and massive measures reflect the total commitment of this Government in favor of the purchasing power of households and the competitiveness of businesses. They are made possible by the competitiveness of the French nuclear fleet, which makes it possible to benefit from inexpensive and totally carbon-free energy. »