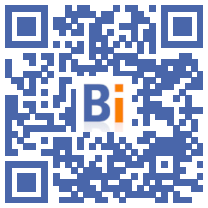 The Minister for Housing Emmanuelle Wargon regretted Friday "the caricature made of his remarks" on individual houses, which they qualified as "ecological, economic and social nonsense" in a speech Thursday, provoking strong reactions among construction professionals.

Thursday in a speech, the minister declared that the individual houses, "this dream built for the French in the 70s", "this model of urbanization which depends on the car to connect them", are "ecological nonsense , Economic and Social". "The model of the pavilion with garden is not sustainable and leads us to a dead end", according to comments reported by several media.

Following this speech, the Habitat pole of the French Building Federation (FFB) has "deplored the persistent stigma of individual housing, against the aspirations of the French "on Twitter, while the Federation of builders of individual houses said"revolted against such remarks held by a Parisian elite called ecological and yet very far from the territories, the inhabitants and their concerns ", in the specialized press.

In a press release Friday evening, the Ministry of Ecological Transition affirms that "Emmanuelle Wargon said it very clearly: there is no question of ending the single-family house. She regrets the caricature made of her words, which does not reflect the tenor of his speech ".

"Yes, many French people dream of a single-family home because it is a promise of comfort, space and tranquility. Nobody wants to prevent or dissuade them from doing so. They are also in demand for local services. Housing estates on the outskirts of cities do not always provide access to these services and contribute to a feeling of exclusion. We must therefore rethink our urban planning models ", it is indicated.

The operation "Living in the France of tomorrow" - which Ms. Wargon closed on Thursday - aimed to "highlight other housing models, more sustainable and more pleasant to live in, which for many already exist in France and are intended to develop in addition to the existing offer, which of course remains, "according to the ministry statement.

He affirms that "individual houses all have their place in these new models", and that the minister "will continue for her part to defend all sustainable housing models which, without opposing the individual house, give prospects for development. future to reconcile the ecological imperative and that of housing the French where they need it ".