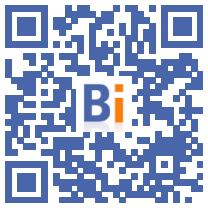 The French construction giant, Eiffage, announced on Monday that it had won a contract for the construction of a bridge in Germany via its German and Belgian subsidiaries SEH and Iemants, for a total amount of 180 million euros.

The contract was won in a consortium with two German construction companies, Hochtief and Max Bögl, "for an amount of 180 million euros, including 116 million euros for Eiffage," the group said in a press release.

Awarded by Autobahn GmbH, manager of the motorway network in Germany, the contract concerns the construction of a structure of a little over one kilometer on the Rhine connecting Leverkusen to Trier, located on the route of the A1 motorway.

The works must "double the capacity" of a current "undersized" infrastructure. They will begin immediately, with delivery estimated at the beginning of 2024 at the latest, according to the press release.

The 16.000 tonnes of steel needed to build this bridge will be manufactured in the group's European factories, including the Lauterbourg factory in Alsace, Eiffage assures us.