Eiffage announces a net profit up 36,2% in the first half 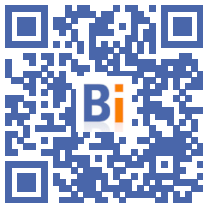 The construction, infrastructure and motorway concessions group Eiffage increased its net profit by 36,2% in the first half of 2022 and is betting on a "further increase in its results" over the year, said a press release from the group on Wednesday 31 August evening.

The group, which announced at the same time that it had entered into exclusive negotiations to buy Sun'R, which specializes in renewable energies and agrivoltaism, achieved net income group share of 354 million euros from January to June, on a consolidated revenue of 9,45 billion euros, up 8,6% compared to the first six months of 2021.

The construction branch recorded an increase in activity of 5,1% to 2,07 billion euros. In real estate, turnover increased by 7,5% to 500 million euros, on the other hand the number of housing reservations fell to 1.519 units against 2.194 in the first half of 2021.

In the infrastructure branch, turnover increased by 5,3% to 3,33 billion euros. In France, activity fell by 2,8%, due to less activity on the Grand Paris Express sites, and the end of work on the Saint-Nazaire offshore wind farm, but it jumped 21,1% internationally.

In the Energy-Systems branch, activity increased by 9,1% to 2,45 billion euros.

“Concessions and works having now exceeded their level of activity before the health crisis, Eiffage confirms a further increase in its results in 2022”, indicates the press release.