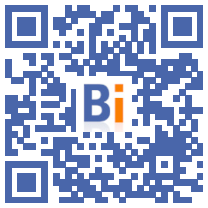 Ecuador plans to create a 14,8 megawatt photovoltaic installation on the Santa Cruz and Baltra Islands of the Galapagos, after the award of the work to the private company Gransolar Total Eren, the energy ministry said.

The project proposes "the installation of 14,8 MW of photovoltaic production with batteries of 40,9 MWh (megawatt hours) in the islands of Santa Cruz and Baltra", indicated the Minister of Energy Juan Carlos Bermeo, quoted in a communicated.

The government has awarded the concession of the "Conolophus Renewable Energy Micro-Grid Project to the Gransolar Total Eren association", according to the ministry.

The private company will build an interconnection substation between the two islands and deploy power lines between the Conolophus and Santa Cruz substations, the ministry said.

It will be in charge of operations for 25 years, according to the concession contract.

This project is part of the Zero Fossil Fuels initiative in the Galapagos.

"With the start of Conolophus, the emission of 16.400 tonnes of CO2 per year into the environment would be avoided," said the ministry.

Santa Cruz, after Isabela, is the second largest island in the Galapagos archipelago and the most inhabited, with around 15.000 inhabitants. Baltra is separated about 150 meters from Santa Cruz by the Itabaca Canal.

The Galapagos, which take their name from the gigantic endemic turtles that inhabit this archipelago, are located 1.000 km off the Equator, in the South Pacific, and inspired the theory of the evolution of species by the English Charles Darwin .