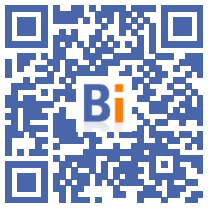 The metropolis of Dijon started on Wednesday the construction of a "green" hydrogen production station, the first step of a 100 million euro plan which should eventually enable it to operate all its heavy vehicles with this non-polluting fuel.

This station, built to the north of the city, will use energy from an existing waste incineration plant to produce hydrogen by electrolysis of water.

The energy supplied by this plant had hitherto been bought by EDF. The expiry of the contract allowed the metropolis to find another outlet, explained to AFP the mayor PS François Rebsamen, who wants to make Dijon a leading city in the fight against global warming.

The adjacent hydrogen production unit will be commissioned in early 2022. It will have an initial production capacity of 440 kilograms of hydrogen per day, which will be doubled over time.

A second station, with a daily capacity of 880 kilos of hydrogen, will open in 2023 in the south of the city. It will be supplied "by the renewable energies of the territory": a 12 hectare photovoltaic farm covering a former landfill and a methanization unit for sewage sludge.

These installations will allow the metropolis to gradually convert its fleet of garbage trucks and buses to hydrogen. A dumpster uses about 20 kilograms of hydrogen to make its daily rounds.

From 2022, Dijon will thus circulate 8 hydrogen garbage trucks and the following year 27 hydrogen buses (which will then be the largest fleet of this type in the country).

The future stations have been calibrated so that they can also offer hydrogen fuel to businesses and communities in the region.

The metropolis argues that its initiative will prevent, from 2026, the emission of 4.200 tons of carbon dioxide per year, the equivalent of 58 million kilometers by car.

The project is led by Dijon Métropole Smart EnergHY, a company bringing together the metropolis, the local company Rougeot Energie and Storengy (Engie group).

The investment of 100 million euros will be used for 20 million for the construction of electrolysis stations and for 80 million for the purchase of vehicles that the metropolis had in any case planned to renew gradually.

These materials are twice as expensive as their traditional counterparts, but Dijon hopes to lower costs by pooling purchases, like the order placed for its first dump trucks with the cities of Le Mans and Angers.

Of the necessary investment of 100 million euros, 19,5 million were provided by Ademe, the Bourgogne-Franche-Comté region and Europe. Mr Rebsamen hopes for an increase in aid which can currently cover up to 40% of the additional cost of purchasing hydrogen vehicles.