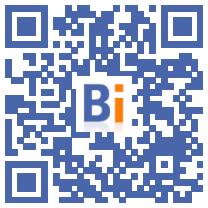 "Trouble", "misunderstanding", "unilateral decisions": associations of elected officials expressed their concern on Friday July 22 after Bruno Le Maire's statements on the reduction in the operating expenses of communities.

The Minister of the Economy unveiled to the press on Thursday forecasts of a 0,5% drop in the operating expenses of local authorities, contained in the stability program that the executive sends to the European Commission for the period 2022 -2027.

"We reaffirm France's serious budget. We are initiating a reduction in public debt from 2025. We are back below 3% deficit in 2027", commented Mr. Le Maire to justify this reduction.

The Association of Mayors of France (AMF) expressed in a press release "its incomprehension" on these announcements "which contradict the words of the ministers in charge of communities Christophe Béchu and Caroline Cayeux".

The Minister of Ecological Transition and Territorial Cohesion Christophe Béchu had indeed told several associations of elected officials on Tuesday that the effort to reduce the budget of 10 billion euros planned by Emmanuel Macron was "obsolete".

“This announcement is all the more incoherent as the amount of the 0,5% levy on the operating expenses of communities is much higher than the initially envisaged puncture of 10 billion euros”, notes the AMF.

Expressing "its deep astonishment", the Association of Small Towns of France (APVF) underlined in a press release that "local authorities assume nearly 70% of public investment" and are "an essential driving force in supporting the economic growth".

Local authorities "do not in any way constitute a variable for adjusting the state budget", adds the APVF.

Through the voice of its president François Sauvadet, the Assembly of the Departments of France (AdF) criticizes "unilateral decisions" and "contradictory injunctions" from the government.

The AdF also calls for "a great consultation" between local authorities and the government upstream of the 2023 finance bill.