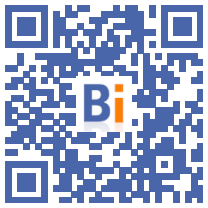 Corsica Sole, a photovoltaic player and the leading energy storage operator in France, has installed in Prato (Haute-Corse) the island's first autonomous electricity storage power station, which makes it possible to manage peaks in consumption.

Commissioned in June and inaugurated on Friday, this autonomous power station works on battery and can store 10 megawatt hours (MWh) of electricity, which represents "two hours of consumption of a city like Corte" and reinject over a year 1,8 gigawatt hours (GWh) of electricity in the electricity network during peaks in consumption, explains the company, which presents electricity storage as "a priority issue for the energy transition".

Connected to the electricity grid, it charges its batteries at off-peak hours when the production cost is lower, especially at night, and can make this energy available "at peak hours", explains the company.

This power station, which is "one of the very first in France", has been distinguished by the Commission de la Régulation de l'Energie, the independent authority responsible for ensuring the proper functioning of the French energy markets for the benefit of the consumer.

On August 13, EDF, manager of the electricity network on the island, contacted all of its island customers to call on them to "moderate their consumption" which was reaching "historic peaks" due to the heatwave.

This power station is a "spare wheel" for the electricity network which makes it possible to remedy without delay any shortfall in production, she adds.

It will make it possible to "facilitate the development of renewable energies", which are for the most part "intermittent" and therefore require flexibility of the public network.

Another plant of the same type was created by the company on Reunion Island with also 10 MWh of storage capacity.