Cannes wants to "reinvent" its Croisette in red 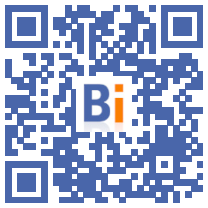 With red on the ground, Cannes wants to "reinvent" its Croisette, a seaside avenue made famous by the Cannes Film Festival and has chosen an international group of architectural firms to carry out this 160 million euro project.

"La Croisette is reinventing its legend, and attacking the Croisette is not nothing, it is a major general interest objective because it is the quintessence of a certain spirit of the Côte d'Azur. “, indicated the mayor LR David Lisnard, during a press conference on Friday September 23.

"The bay is sublime but it was no longer level" both for flooring, public lighting, borders or underground with a network more than a century old, he added.

The team selected is led by the Atelier d'urbanité Roland Castro, named after the French town planner and architect, agent for the operation, and includes in particular the Norwegian architecture firm Snohetta, author in particular of the entrance to the 11/XNUMX Memorial in New York or the new headquarters of the Le Monde group in Paris.

They will have to renovate all the roads and street furniture of these 170.000 m2, with the strong bias of a red stone on the ground, supposed to recall the color of the carpet of the steps of the Palais des festivals and the rock of the massif from the neighboring Esterel.

The road, whose asphalt will also be red, will reserve two lanes for vehicles, with a cycle path.

On the sidewalks will be placed concrete benches that seem to come out of the ground before disappearing into it.

On these 2,6 km which run from the Palais des Festivals to Palm Beach, a "theatre of the sea" will also be built, facing the sun which sets behind the Esterel massif.

"It is a sober and elegant project which aims to sublimate the Croisette and make it suitable for everyone", summed up Gérald Heulluy, president of the Roland Castro Urbanity Workshop.

The delivery of the first tranche is scheduled for 2025, according to the town hall.

The total budget, at the expense of the city and the agglomeration, is 160 million euros, including a preliminary phase on the underground networks for nearly 40 million euros.

Since 1960, it had not benefited from any major development.

For him, it was "high time" to renovate "the window of Cannes, which has the record for luxury brands in front of Avenue Montaigne in Paris and 5th Avenue in New York", and which he also wants to keep. the "popular side" with kiosks and rides for children.