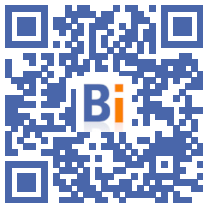 After INSEE last week, the Banque de France in turn raised its growth forecast for the French economy for this year, to 6,3%, also showing itself more optimistic than the government.

Last June, the French central bank forecast an increase in gross domestic product (GDP) of 5,75%, but since then France has recorded "a rebound a little stronger than expected at the end of the first half", she estimates in her macroeconomic projections for the period 2021-2023.

"The French economy would return to its pre-crisis level more quickly, in the fourth quarter of 2021", rather than early 2022 as anticipated in the latest forecasts published in June, said Olivier Garnier, CEO of the bank of France, during a press conference.

Last week, INSEE made the same observation, seeing in particular the success of the vaccination which made it possible to lift most health restrictions, and had raised its growth forecast for 6,25 to 2021%, against 6%. previously.

The government remains on its forecast of 6%, announced last Thursday the Minister of the Economy Bruno Le Maire, also confirming its scenario of a growth of 4% in 2022.

The Banque de France is forecasting an increase of 3,7% of GDP next year, then 1,9% in 2023, a little less than what it anticipated last June.

"At the end of 2023, we are back to the same point (as what was anticipated so far). So we are going back earlier, rather than stronger," summarized Olivier Garnier.

"On the horizon of these projections, we are entering a new phase of growth", more "dependent on the more structural engines of growth", after the "somewhat mechanical rebound" due to the record recession of 8% recorded in 2020, he said.

An issue to which the government hopes to respond with its future investment plan in future technologies and its skills plan.

Because employment has recovered much faster than expected since the start of the year, returning to its pre-crisis level in the second quarter.

Despite everything, the unemployment rate should stagnate over the period around 8,1%, because with the return of job seekers to the labor market, the active population will grow faster than job creations.

"The good news is that households and businesses are entering this new phase with a financial situation which on the whole is favorable", thanks to support measures from the public authorities.

On the household side, purchasing power should grow by 3% over the 2021-2023 period, with a savings surplus of around 170 billion euros at the end of 2021, which would then gradually decline but remain at a high level of 120 billion euros. euros in 2023, according to the Banque de France scenario.

Overall, household consumption is expected to rebound 4,3% this year, then grow another 6,5% in 2022.

On the corporate side, cash flow is generally in good shape, and their margin rate should rebound in 2021 and then remain at a high level, underlines the central bank.

What to derive their investments, which have already held up quite well during the crisis. But the Banque de France insists on a "point of attention": the supply difficulties, noted by a growing number of companies.

In terms of inflation, the monetary institution confirms that the expected rise in the price level should be "temporary", slightly above 2% by the end of the year, even if it points to risks of more lasting increase in the event of wage increases and persistent pressures on industrial and food commodities.