The Banque de France expects growth of around 2,3% in the third quarter 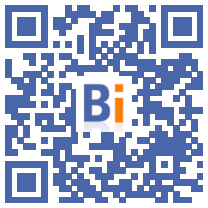 The Banque de France forecasts growth of the French economy of around 2,3% in the third quarter, confirming the gradual return of activity to its pre-crisis level, even if industry and construction are still suffering supply difficulties.

The French Central Bank estimates that activity "would be almost 100% of its pre-crisis level in October," according to its economic update published on Monday.

Business leaders anticipate in particular an improvement in activity in industry and services, and stabilization in the building sector.

The Banque de France thus confirmed its forecast of 6,3% growth for 2021 as a whole.

In September, overall activity increased, reaching 99,5% of its pre-crisis level, but it is down slightly in industry, underlines the Banque de France.

The industry is indeed suffering more and more supply difficulties, since in September 56% of companies in this sector said they had been penalized, against 51% in August.

This is particularly true in the automotive industry, when many manufacturers have had to reduce their production for lack of components.

The production capacity utilization rate fell to 56% there, against 69% in August, far below the average for all industrial sub-sectors, which was 77% in September, very close to its pre-crisis level (78%).

In services, an improvement is emerging in leisure activities, personal service and catering.

These supply difficulties are always accompanied by an increase in the prices of raw materials and finished products. But "in some sectors, the price increases are less marked than in previous months," said the Bank of France, citing the automobile, metallurgy, rubber products and plastics.

The government raises its growth forecast for this year to 6,25%

As a result of a more dynamic than expected economic recovery, the government has raised its growth forecast for 2021 to 6,25%, against 6% previously expected, thus aligning with the forecasts of most major institutions.

"Growth is strong, it is solid, it is dynamic. We will therefore revise the growth forecast for 2021, from 6 to 6,25%. In December 2021, we will return to the pre-crisis level of activity," a announced the Minister of the Economy, Bruno Le Maire, to the National Assembly, in front of the deputies who began Monday afternoon the examination of the last budget of the quinquennium.

The government is thus aligning itself without surprise with the forecast of INSEE and is approaching those of the Banque de France (6,3%) or the OECD (6,3%) published in September.

This rebound in the French economy comes after a historic recession in 2020 due to the health crisis, which caused an 8% drop in gross domestic product (GDP).

If the government showed a desire for "caution" so far, the success of the vaccination campaign and the implementation of the health pass this summer, without too many consequences on the activity, now allow it to slightly review its ambitions.

After a sluggish start to 2021, due to the maintenance of health restrictions, activity has picked up sharply since mid-May. It should now return to its level at the end of 2019 by the end of the year, say economists and the government.

In addition to a mechanical rebound with the reopening of many activities, the Minister of the Economy also sees the success of the government's "economic policy", measures to support the recovery plan, through the economic choices of before. crisis.

A revealing sign widely put forward by the executive in recent weeks: employment is at unprecedented levels. The unemployment rate could drop to 7,6% in the third quarter, unprecedented since the 2008 financial crisis.

While the health risk seems to be receding for the moment, Bruno Le Maire has identified three new dangers for the French economy, including the risk of "exacerbated" conflict between nations, which should lead France and Europe to rebuild their "independence", especially industrial.

Emmanuel Macron will present on Tuesday with this in mind an investment plan, called "France 2030", which aims to finance the development of future technologies (hydrogen, biotechnologies, space, nuclear, etc.).

The other risks pointed out by the Minister of the Economy are inflation, whose surge, driven by energy prices, is straining the purchasing power of the French, and growing recruitment difficulties in a number of sectors. (catering, building, etc.).

"Full employment, we can achieve it within two years," said Bruno Le Maire to the deputies, in a speech with the overtones of an electoral campaign, six months before the presidential election.

He also defended the government's serious budget, despite the explosion of the public debt and the deficit during the crisis.

The latter, expected so far at 4,8% of GDP next year (after 8,4% this year), should finally be around 5%, the government still having to take into account the expenditure generated by the plan "France 2030 ", the future commitment income promised for young people, which the government is struggling to finalize, and the compensation measures in the face of rising energy prices.